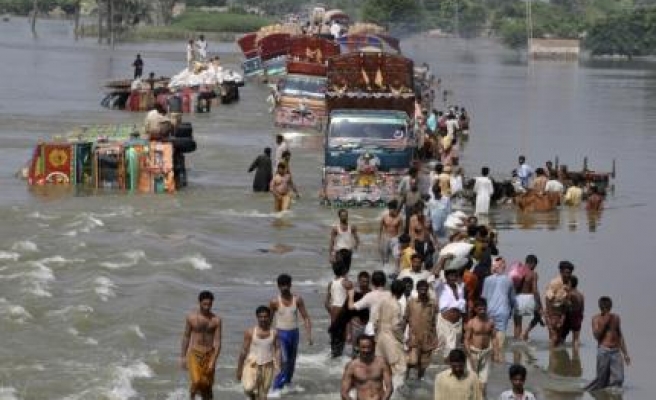 The actual number of people killed by the massive flooding in Pakistan remains unknown because large areas of the country are inaccessible, Islamabad's U.N. envoy said on Friday.

The official death toll is around 1,500 but the true number of people killed in the disaster may turn out to be higher, Ambassador Abdullah Hussain Haroon told the U.N. General Assembly at the end of a two-day conference on aid for Pakistan.

"We don't yet know how many are dead and how many have perished," he said. "We can only hold our breath and hope that the casualty figures have been fewer."

About one third of Pakistan has been hit by floods spawned by torrential rainfall. More than 4 million Pakistanis have been left homeless by nearly three weeks of floods.

Haroon thanked members of the 192-nation assembly for their pledges and statements of support in what he called "one of the greatest calamities ever to befall mankind."

Nine days after the United Nations launched an emergency appeal for $459 million in aid to Pakistan to cover its needs for the next three months, nearly 70 percent of the requested money has been pledged, U.N. humanitarian chief John Holmes told Reuters in a telephone interview.

Holmes said that the United Nations would soon revise its appeal to cover a six-month period. He added that he expected a pledging conference to be held later in the year once the long-term costs of reconstruction become clear.

"As you said, those costs will be in the billions of dollars," he said.

Pakistani Foreign Minister Shah Mehmood Qureshi on Thursday acknowledged that the initial aid response had been too slow due to a lack of awareness about the scale of the disaster, but said he was now satisfied with the pledges.