Afghan cadets set out to Russia for military training 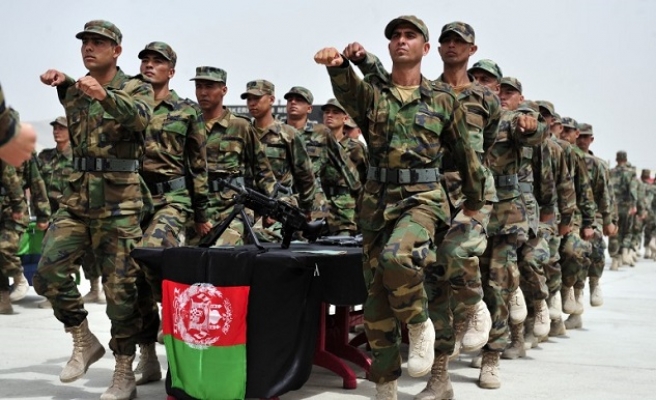 Forty-five Afghan army cadets on Monday travelled to Russia to receive military training at a time when the Kabul government is rigorously pursuing a plan to enter into peace talks with the Taliban.

The Russian embassy in Kabul marked the cadets’ departure with a gathering that was addressed by Russian Federation Ambassador Alexander Mantytskiy.

Mantytskiy told the gathering that fighting was not the only way to resolve conflict in war-torn Afghanistan, going on to acknowledge ongoing efforts to bring the Taliban to the negotiating table.

One day earlier, the Quadrilateral Coordination Group (QCG) -- which consists of Afghanistan, Pakistan, the U.S. and China -- agreed to continue joint efforts to hold direct talks between representatives of the Afghan government and Taliban groups.

Talks are expected to take place by the end of this month.

According to Afghanistan’s Foreign Ministry, QCG members stressed that the outcome of the reconciliation process should be a political settlement that leads to the cessation of violence and a durable peace in Afghanistan.

The ministry added that the QCG had agreed to continue holding regular meetings to ensure a smooth transition to the peace and reconciliation process.

The QCG is scheduled to hold its next meeting in Kabul on Feb. 23.

On Sunday, former Afghan President Hamid Karzai said in an interview with Iran’s Fars News Agency that Iran, India and Russia should also play roles in the Afghan reconciliation process.

Commenting on Karzai’s assertions, Mantytskiy said that Kabul had not yet officially approached Moscow in this regard.

The ambassador added that, during their stay in Russia, the 45 Afghan cadets would be provided with everything necessary to become skilled officers.

Prior to the arrival of U.S. and NATO forces in the country, Russia had had a long history of close military ties with Afghanistan.

"Military training is among Moscow’s top priorities in terms of providing aid to Afghanistan," Mantytskiy asserted.