Afghan candidate threatens to pull out of election process

The audit of over all eight million votes was launched over a month ago following an agreement between both the candidates mediated by U.S. Secretary of State John Kerry. It, however, witnessed delays on various occasions owing to differences between the candidates. 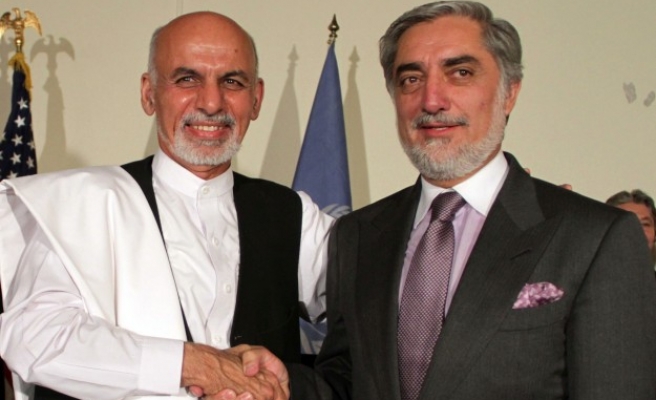 One of two candidates competing to succeed Afghan leader Hamid Karzai threatened on Tuesday to pull out of a U.N.-supervised audit of a disputed presidential election, undermining a process meant to defuse a standoff between the contenders.

The audit is part of a U.S.-brokered deal between presidential candidates Abdullah Abdullah and Ashraf Ghani, both of whom claim to have won the election designed to mark Afghanistan's first democratic transfer of power.

"The invalidation process is just a joke and there is no intention of throwing out fraudulent votes," Fazel Ahmad Manawi, Abdullah's chief auditor, told reporters in Kabul.

"Today, I announce that if our demands are not accepted by tomorrow morning, we will not continue with this process and any outcome will have no value to us."

As part of a plan to end the dispute, the Independent Election Commission is meant to throw out, or "invalidate", ballots deemed fraudulent in an audit of all eight million votes cast.

Tension over the outcome of the vote has raised the spectre of another civil war in Afghanistan after the country was torn apart by years of fighting in the 1990s, which eventually led to the rise to power of the Taliban.

"Whatever consequences are going to follow, we will not be responsible," Manawi said, adding that the United Nations was aware of their complaints but had failed to address them properly.

The much awaited vote-invalidation process in Afghanistan’s presidential election has begun Monday allowing for the declared fraudulent votes to be flushed-out at this stage leading the way for the final tally.

Nadir Mohseni, the spokesman for Afghanistan’s Independent Electoral Complaints Commission (IECC), hoped there would be fewer complaints because the audit was taking place in the presence of representatives of both the contenders and foreign and local observers. Mohseni told reporters in Kabul the watchdog was fully prepared to register complaints from the candidates within 24 hours of the IECC’s decision on the vote audit and address them within 48 hours.

The audit of over all eight million votes was launched over a month ago following an agreement between both the candidates mediated by U.S. Secretary of State John Kerry. It, however, witnessed delays on various occasions owing to differences between the candidates.

Earlier in July, the preliminary results of the June 14 election declared Ashraf Ghani the winner with 56.44 percent of the votes while Abdullah Abdullah gained 43.45 percent. The results were noticeably different from those achieved in the first round of voting, held in April, when Ghani came a distant second to Abdullah.

Abdullah’s camp has been alleging a fraud while supporters of Ghani believe a strong campaign in the south and east of the country and a vital support of Rasheed Dostam, an ethnic Uzebk leader in the north-west played a vital role in their lead.

In the press conference today, the IECC spokesperson urged the candidates to register their complaints on the basis of evidence and supporting documents in order not to waste the time of the commission and help end the electoral process at the earliest date and allow the IECC to release the final result in the stipulated time. Muhseni said the people of Afghanistan wanted their candidates to make efforts at concluding the electoral process without further delay in order to end the economic, political and security crises stemming from the impasse.