The number of civilian victims from the drone strikes more than tripled from 2012, the United Nations said. 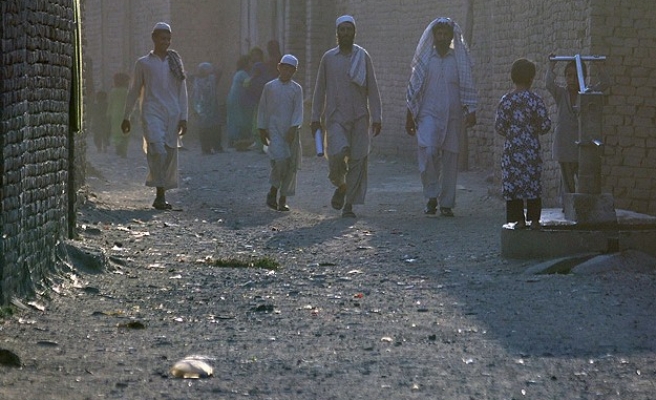 War took an increasing toll on Afghanistan's civilians in 2013 as fighting intensified between the government and insurgents, the United Nations said in a report on Saturday, with total casualties rising 14 percent.

"The new trend in 2013 of increased civilian casualties from ground engagements, including the alarming increase in women and children casualties, reflected the changing dynamics of the conflict over the year," the United Nations said.

Last year was the worst for women and children since 2009, with the number killed or injured by the conflict increasing by more than one-third from 2012.

About 27 percent of all 2013 casualties stemmed from fighting between the government and insurgents, and most of these could not be attributed to one side.

"This 'fog of war' dynamic reflects the changed nature of the conflict in Afghanistan in 2013 which was increasingly being waged in civilian communities and populated areas," the United Nations said.

The biggest single killer remained improvised explosive devices (IEDs), or bombs, detonated by insurgents in public areas such as markets, roads and government buildings. Bombs accounted for about one-third of the total civilian toll, which the United Nations put at 2,959 deaths and 5,656 injured.

While both sides in the conflict were responsible for the increase in casualties last year, the United Nations attributed about three-quarters of the toll to the Taliban.

"Statements on protecting civilians by the Taliban leadership are not nearly enough to end the killing and injuring of innocent Afghan civilians," said U.N. Special Representative Ján Kubi in a statement.

"What is needed is for the Taliban to stop deliberately attacking civilians and using IEDS indiscriminately."

The U.N. report said that in 2013, there were 54 aerial operations that resulted in civilian casualties. While this was a 10 percent drop from the number of such cases in 2012, women and children accounted for nearly half of casualties.

Of the 54 cases, 19 were by unmanned aerial vehicles. The number of civilian victims from these so-called drone strikes more than tripled from 2012, the United Nations said.

The United Nations said there was a sharp increase in incidents perpetrated by a security force known as the Afghan Local Police (ALP), set up in 2010 to operate in remote, insecure areas.

Throughout 2013, the U.N. mission in Afghanistan "documented incidents where ALP carried out serious human rights violations with impunity which were often enabled by provincial or national level power-brokers", the report said.