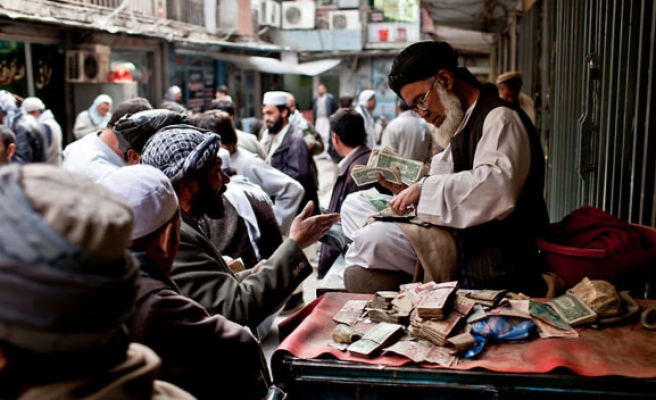 The Kabul Appeals Court sentenced former chiefs of the scandal-ridden Kabul Bank to 15 years in prison on Tuesday.

A panel of five judges at the Kabul Appeals Court handed down the sentence to Kabul Bank's former chairman Sherkhan Farnood and former chief executive officer Khalillulah Ferozi, and the ruling was broadcast live on TV across the country.

Sherkhan Farnood has also been fined more than $237 million. The prosecutor, however, stated that Farnood and Ferozi have the right to appeal the verdict.

A number of other businessmen are accused of taking loans worth millions of dollars which they never paid back. These include Mahmood Karzai, the brother of former president Hamid Karzai, and Hasin Fahim, brother of former vice-president the late Qasim Fahim. The court ordered the assets of Mahmood Karzai and Hasin Fahim, along with 17 other defendants, frozen until their debts are repaid.

Kabul Bank had handled about one-third of Afghanistan’s banking and most of the government payroll -- including salaries for the army and security forces.

Once the country’s largest lender, the bank was plunged into deep crisis in 2009, when it lost $835 million in fraudulent property deals, massive off-book loans and credit to fake corporations. The scandal prompted the government to take over the bank’s affairs in 2010.

The scandal also provoked the International Monetary Fund to temporarily suspend hundreds of millions of dollars in international aid to Afghanistan.

Determined to eradicate corruption and to introduce institutional reforms, current President Ashraf Ghani Ahmadzai ordered a thorough investigation into the case last month. "The time for action has come, and, as we had pledged, the fight against corruption will be led in a thorough and systematic way,” Ahmadzai said in a decree released by his office on Oct.1.

The president had tasked the Supreme Court to reopen the Kabul bank case, and ordered the prosecutor to review and try the case in light of new documents and evidence within one and a half months.