Denial came in reply to front-runner Abdullah Abdullah's allegations against the head of the Independent Election Commission. 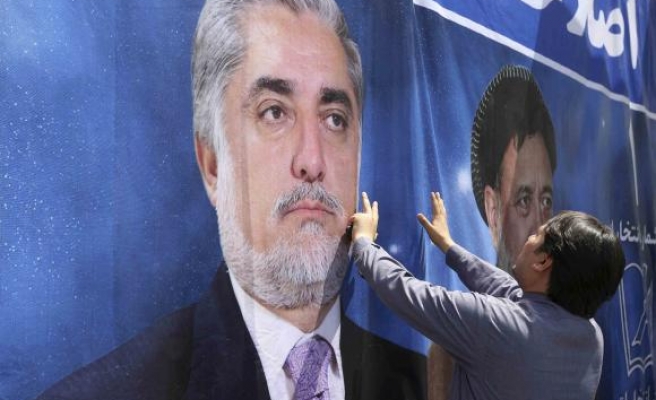 Afghan presidential candidate Abdullah Abdullah said on Wednesday that he had suspended work with the country's electoral bodies and asked them to stop counting votes because of widespread fraud.

"The counting process should stop immediately and if that continues, it will have no legitimacy," Abdullah told reporters.

Abdullah's refusal to work with the country's election commissions has pushed the country into a deeper political crisis just days after the run-off vote.

Abdullah's rival, ex-World Bank economist Ashraf Ghani, was not immediately available to comment but earlier urged all parties to respect the political process.

Afghanistan's foreign backers have long feared a worst case scenario in which a close outcome coupled with widespread fraud would give the losing candidate ground to refuse to accept defeat.

While ballot boxes have yet to reach the capital Kabul for counting, Abdullah says preliminary figures and other evidence collected by his team show mass fraud.

"From now on, today, we announce that we have no confidence or trust in the election bodies," Abdullah continued. "I call on all our observers to abandon monitoring and return to our provincial offices."

Observers fear allegations of fraud on both sides could lead to a lengthy and paralysing struggle for power along ethnic lines, threatening to derail attempts to transfer power democratically for the first time in Afghanistan's history.

Based on initial reports received by Abdullah's staff, results from Saturday's vote put Ghani in the lead by close to a million votes.

Afghanistan's election authorities have strongly denied that top officials were guilty of fraud after front-running presidential candidate Abdullah Abdullah made allegations that could upset a smooth transition of power.

Abdullah got into direct conflict with the Independent Election Commission (IEC) because of the fraud claims that increased fears of political instability as the bulk of US-led troops withdraw from Afghanistan by the end of the year.

After Zia-ul-Haq Amarkhail's, head of the IEC secretariat, alleged attempt to remove unused ballots from its headquarters in Kabul on the polling day, Abdullah demanded his dismissal.

However, AFP news agency quoted Ahmad Yousuf Nuristani, IEC chairman, is rejecting the accusations against Amarkhail, and stating that the turnout figure was an early estimate that might be adjusted.

"I strongly reject these allegations," Nuristani said, adding that Amarkhail was stopped by police when he was overseeing the delivery of extra ballot papers to polling stations that had run out.

"It was a misunderstanding between police and our staff," Nuristani said.

"We do not want a crisis for the people of Afghanistan. They are tired of crises."

After the despite pleas from the UN, the US and the EU were heard for Abdullah and his poll rival Ashraf Ghani Ahmadzai to give officials time to conduct the count and adjudicate on fraud complaints.

"We continue to feel that it's important to give the Afghan electoral bodies the time they need to do their work in processing the outcome of these elections," Jen Psaki, US State Department spokeswoman, said.

Abdullah believes fraud denied him victory in the 2009 presidential race, and has often said that only widespread ballot-rigging could stop him from winning this time.