A senior U.N. official said the delay was intended to take account of allegations by Abdullah that his rival engaged in mass vote rigging. 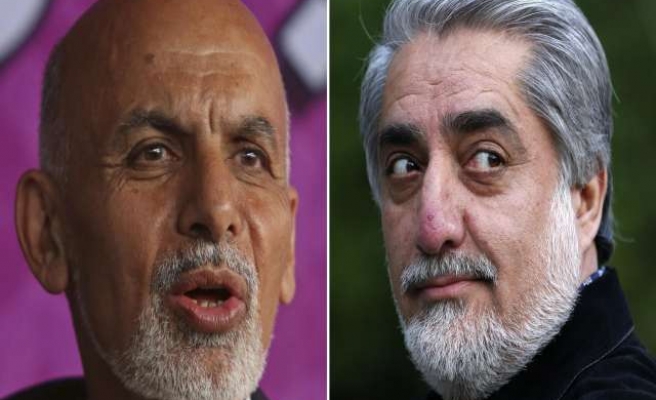 Preliminary results from Afghanistan's presidential election, due to be announced on Wednesday, have been delayed, an election official said, amid accusations of fraud that threaten to split the fragile country along ethnic lines.

Votes from around 2,000 polling stations in the June 14 run-off are to be reviewed and recounted, said Sharifa Zurmati Wardak of the Independent Election Commission.

"This will take nearly a week and the final result won't be announced on time," Wardak told Reuters.

A senior U.N. official said the delay was intended to take account of allegations by Abdullah that his rival engaged in mass vote rigging.

Ghani's aides, citing election observers, say he is in the lead in the run-off by one million votes. But no official figures have been released.

U.N. and other diplomats have been meeting the two candidates to try to solve the crisis, according to a U.N. statement.

"The meetings provided an opportunity to engage in discussions about election-related issues and the way forward," the U.N. said in a statement.

Diplomats hope the delay will help the two sides to agree on the appointment of new electoral officials, following the resignation of the head of the commission's secretariat over fraud claims.

This year's election was intended to mark the first democratic transfer of power in Afghan history, a crucial step towards stability as NATO prepares to withdraw the bulk of its troops by the end of the year.

The U.N. fears the standoff between Abdullah, who draws his support from the minority Tajik community, and Ghani, a member of the Pashtun majority, could inflame long simmering ethnic tensions.