As well the civilians killed on Saturday, 11 policemen and 15 soldiers were killed in clashes. 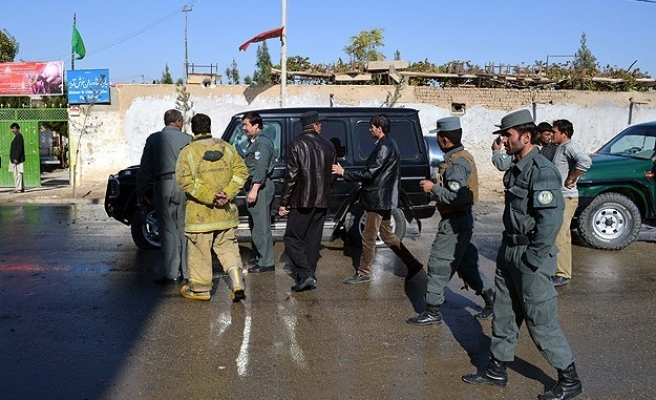 Eleven people, including election workers, were killed in Afghanistan when a roadside bomb blew up their bus, the governor of the northern province of Samangan said on Sunday.

The blast came on Saturday evening, after polls closed in a second-round, run-off vote to elect a successor to President Hamid Karzai, in what is hoped will mark the country's first democratic transfer of power.

The election pits Abdullah, a former anti-Taliban Northern Alliance leader who served for a period as foreign minister under Karzai, against ex-World Bank economist Ashraf Ghani, a former finance minister.

Whoever wins will take over as most foreign troops withdraw, leaving behind a potent Taliban attacks and a growing economic crisis.

The 11 people killed in the bus brought civilian deaths on election day to at least 31, according to a Reuters tally.

Another 11 people had their ink-stained fingers chopped off by the Taliban as punishment for voting. Voters had to dip a finger in a pot of ink to prevent them voting twice.

As well the civilians killed on Saturday, 11 policemen and 15 soldiers were killed in clashes.

The Taliban, fighting to expel foreign forces and a government they call a U.S. puppet, have denounced the election as a U.S. ploy and they vowed to derail it.

Both candidates support a security pact with the United States which is expected to result in a contingent of about 10,000 U.S. troops remaining in Afghanistan after the bulk of foreign forces withdraw by the end of the year.

Despite the bloodshed, millions of Afghans turnout out to vote in the run-off and the electoral commission said more than seven million cast ballots, a similar turnout as in the first round in April.

Observers and other officials in Kabul are worried a close outcome in a fraud-ridden process could make it difficult to persuade the losing candidate to accept defeat.

Late on Saturday, both appeared to have started setting the stage for complaints, as Abdullah questioned the commission's turnout figures while Ghani said he appeared to have won, based on his estimates.

Preliminary results of the vote are due to be announced on July 2.