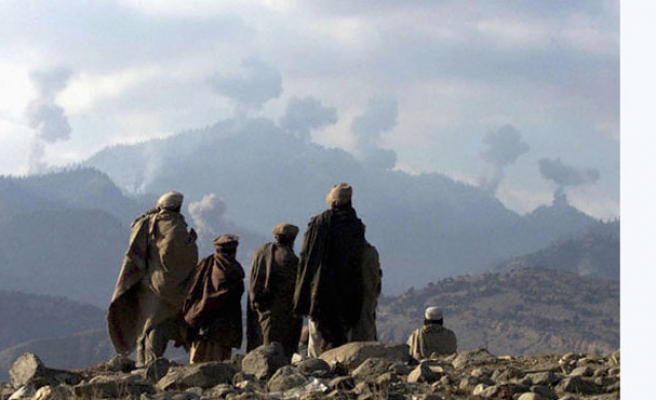 A week after the Taliban seized Kunduz, they launched an attack on Maimana, the capital of Faryab province.

Hundreds of Afghan and foreign fighters attacked the city from three directions Sunday, breaking through preliminary defenses and almost reaching the city’s prison, where a number of Taliban terrorists are held, by the evening.

The attack was led by a member of the Taliban’s Supreme Council - Shiekh Wali - and aimed to capture the city and liberate imprisoned Taliban, Bariz added, who said Wali and two other senior Taliban commanders were killed.

The U.S.-led coalition was not immediately available to comment on the involvement of aircraft in the defense of the city.

Two months ago, Gen. Abdul Rasheed Dostum launched a month-long operation in Faryab province and cleared more than 100 villages of Taliban fighters. However, the Taliban has since managed to regain most of the lost ground.

The group has been reportedly recruiting fighters from Faryab’s outlying districts as well as neighboring Badghis province to attack the city before the fighting season ends in the winter.

Faryab, with a population of around 1.5 million, is known as the gate to northern Afghanistan.

Local resident Ahmad, 47, said the battle was one the worst ever he could remember.

“Fighter jets were bombing from the air while Taliban and Afghan forces were exchanging heavy artillery and mortar fire that kept us awake the whole night,” he said.

He added that Taliban militants have suffered heavy losses despite using tanks and armored pickup vehicles in the attack.

Hashimi said intelligence reports had allowed the defenders to prepare. “The overnight fight reached the streets of the city but now they are pushed back 20 kilometers [12 miles] from the city,” he said.

The attack on Maimana came as Afghan security forces retook control of the strategic city of Kunduz from the Taliban following a counter-operation backed by international coalition forces.

Taliban militants seized Kunduz and its outlaying districts after 14 hours of intense fighting on Sept. 28.