'The process may be delayed but the Taliban will show up for talks -- this we are sure of,' an Afghan official says 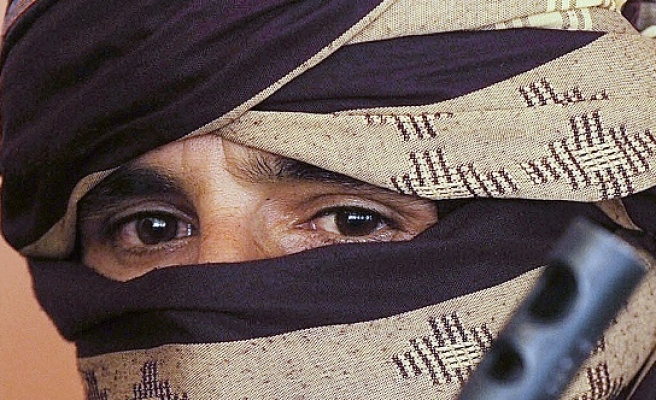 Afghan officials voiced optimism Sunday that Taliban peace talks would resume "within weeks" even after the insurgents rebuffed calls for dialogue, with analysts dismissing their seemingly tough stance as a bargaining ploy.

Talks brokered by a four-country group were expected to start in early March, but the Taliban on Saturday stressed longstanding preconditions for dialogue including the departure of foreign troops from Afghanistan.

Afghan President Ashraf Ghani on Sunday said he was "hopeful" about peace talks aimed at ending the Taliban's 14-year insurgency, imploring the militant group to join the negotiating table.

"I say to the Taliban that you face a big historic test -- either you stand with your countrymen or with the opposition," Ghani said in an address to the Afghan parliament.

"Peace is the only way forward."

Delegates from Afghanistan, China, Pakistan and the United States met in Kabul late February for a fourth round of talks aimed at reviving the nascent peace process, which stalled last summer.

The Taliban, who have stepped up their nationwide insurgency, on Saturday bluntly rejected their overtures, saying "talks will yield no results".

But a senior Afghan presidential palace official brushed aside the statement, insisting that the peace process would resume.

"The process may be delayed but the Taliban will show up for talks -- this we are sure of," the official told AFP.

"Their tough talk is just public posturing and aimed at their own hardline commanders who aren't ready to see their leaders joining the negotiating table."

An official from the High Peace Council, the government body responsible for negotiating with the insurgents said the Taliban were "within the sphere of influence" of the four-nation group.

"We are optimistic that direct talks between the government and the Taliban will begin within weeks," he told AFP.

A historic first round of Taliban talks took place in Pakistan last July, but came to a standstill after the insurgents confirmed longtime leader Mullah Omar's death, which had been kept secret for two years.

"The Taliban want to negotiate from a position of strength in order to extract more concessions," Kabul-based analyst Mia Gul Waseeq told AFP.

"I am optimistic that the talks will happen but whether they will achieve anything is another question."

Security analysts have warned that the Taliban could use talks as cover to regroup and rearm.

The anticipated talks would also test the influence of Pakistan -- the Taliban's historic backers -- over the insurgent movement.

A top Pakistani official recently for the first time publicly said that the Taliban's leadership enjoys a safe haven inside his country, which Islamabad uses as a "lever" to pressure the group into talks with Kabul.