Kerry is expected to arrive in the Afghan capital Kabul on Friday to try to mediate between the feuding camps, according to Abdullah, although U.S. officials have not confirmed the trip 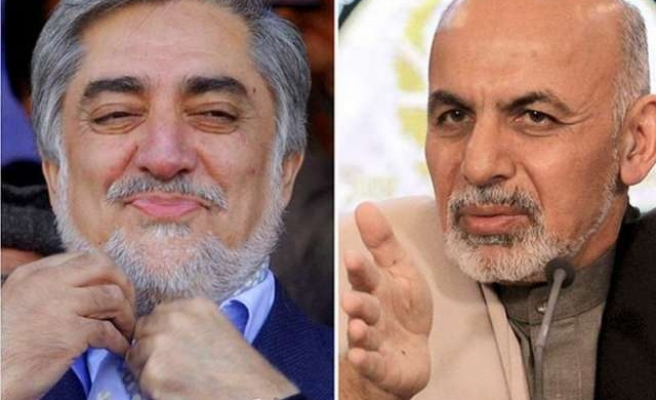 U.S. Secretary of State John Kerry will arrive to a sceptical audience in Afghanistan this week to try to resolve a deepening crisis over a disputed presidential election which has stirred ethnic tensions in the fragile country.

Afghanistan has plunged into political chaos in recent months as a protracted election process to pick a successor to President Hamid Karzai has run into a deadlock between two leading candidates, Abdullah Abdullah and Ashraf Ghani.

Preliminary results from the June 14 second-round run-off put Ghani, a former World Bank official, in the lead with 56.4 percent of the vote, but Abdullah has rejected the count and his aides have threatened to set up an alternative administration.

Kerry is expected to arrive in the Afghan capital Kabul on Friday to try to mediate between the feuding camps, according to Abdullah, although U.S. officials have not confirmed the trip. Kerry is currently in neighbouring China.

Ghani's camp, confident in its victory, is wary of Kerry's mediation efforts, while Abdullah, who has alleged widespread fraud in the vote, welcomes the initiative.

"I don't know what he can do," said Abbas Noyan, a spokesman for Ghani's camp. "Secretary Kerry will come and talk with both candidates and see what he can do. I don't think he has a road plan for this. Without a road map it is very difficult to solve this problem."

The United States, Afghanistan's biggest foreign donor, is in the process of withdrawing its forces from the country after 12 years of invasion, and it is unclear what leverage Kerry would have in resolving deep-seated rivalries.

Abdullah's camp, angry with Ghani's lead in the vote, has threatened to announce its own parallel government, a dangerous prospect for Afghanistan, already split along ethnic lines.

In a clear warning to Abdullah, Kerry said this week Washington would withdraw financial and security support if anyone tried to take power illegally. That would be a massive blow given about 90 percent of the Afghan budget comes from foreign aid.

Speaking to reporters at the end of annual high-level U.S.-China talks, Kerry made no mention of the Kabul trip but said he had discussed the situation with all sides.

"I have been in touch several times with both candidates, as well as President Karzai," he said in Beijing.

"We would encourage both for them to not raise expectations with their supporters, to publicly demonstrate respect for the accountability process and also to show critical statesmanship and leadership at a time when Afghanistan obviously needs it."

Abdullah has put off announcing his government until after Kerry's visit, and his camp welcomes U.S. involvement because it hopes it could help pressure election officials into throwing out suspicious votes and thus change the outcome of the vote.

Abdullah has accused the outgoing president, who has an uneasy relationship with the United States, of backing Ghani and playing a role in rigging the vote in his favour.

"His Excellency John Kerry is coming ... so we welcome any effort to differentiate between clean votes and invalid votes," said Haji Mohammad Mohaqiq, Abdullah's second vice president and the leader of Afghanistan's ethnic Hazara minority.

"I don't say that they should interfere but they should cooperate in transparency. They should provide us political and technical support," he told Reuters at his vast house in Kabul.

U.S. support is crucial for Afghanistan because it depends on foreign donors to fund everything from road-building to schoolteachers' salaries and security, with Washington paying the lion's share of the bill.

U.S. President Barack Obama and Kerry, who is touring Asia this week, have spoken to both candidates to encourage them to find a compromise and stop the country sliding into further political chaos.

"The goal is to help the parties find a way forward that ensures that the next president of Afghanistan has a credible mandate to lead a unified Afghanistan," State Department spokeswoman Jen Psaki told Reuters.

The White House has added, however, it expects "a thorough review of all reasonable allegations of fraud to ensure a credible electoral process".

Fomer U.S. special envoy for Afghanistan James Dobbins, in an address to the Asia Society in Washington on Wednesday, said Obama had spoken to both candidates. "On the one hand assured them that Secretary Kerry would be arriving for discussions with them at the end of this week; and cautioned in particular Dr. Abdullah about moving pre-emptively in an unconstitutional fashion."

Abdullah, a former anti-Taliban fighter, draws his support mainly from the Tajik minority in northern Afghanistan while Ghani, a former World Bank economist, represents Pashtun tribes in the south and east of the country.

Abdullah's refusal to accept the outcome of the vote has created a deadlock in Afghanistan, risking to split the country along ethnic lines and setting the stage for a possibly bloody standoff or even succession in parts of the country.

The lack of political unity in Afghanistan has prompted observers to draw parallels with Iraq, where a one-sided government has failed to represent all parts of the political spectrum, weakening the country and allowing an al Qaeda offshoot to capture large swathes of Iraq in recent weeks.

Mohaqiq from Abdullah's camp blamed any possible repeat of Iraq's scenario in Afghanistan on the Karzai administration.

"We don't want Afghanistan to repeat Iraq but all parties have to think about it. It is not only our responsibility. The government has been here for 13 years ... and still they do not want to leave the power democratically," he said.

"If anything bad happens to Afghanistan the responsibility will be on President Karzai's monopolistic team."

Is there some more room left for violence in Afghanistan. Has the past 14 years of un parallel death and destruction not enough punishment for the people of this country. Now the two western educated contenders are still talking about things resulting into violence.