"I have always maintained that the main rival is fraud," Abdullah, a former anti-Taliban resistance fighter, told reporters. 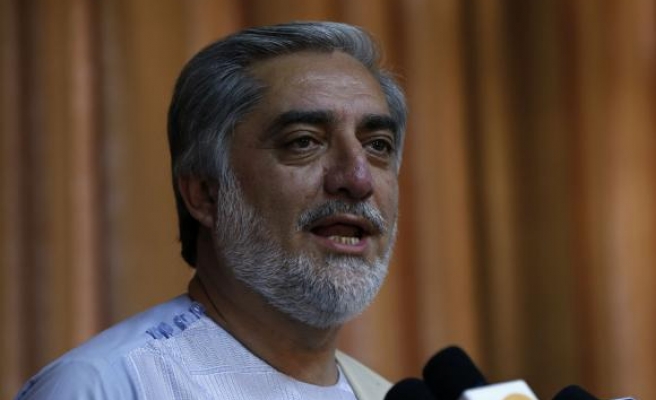 Afghan presidential candidate Abdullah Abdullah said on Monday his opponent's apparent million-vote lead in the second round of national elections at the weekend was due to massive fraud.

Observers fear allegations of fraud on both sides could lead to a lengthy and paralysing struggle for power along ethnic lines, threatening to derail attempts to transfer power democratically for the first time in Afghanistan's history.

"I have always maintained that the main rival is fraud," Abdullah, a former anti-Taliban resistance fighter, told reporters.

Abdullah did not name his rival Ashraf Ghani in his accusation, but his camp suggested Ghani's supporters were involved, as well as individuals connected to current President Hamid Karzai.

Abdullah is of mixed Pashtun and Tajik descent but his base of support is with ethnic Tajiks, while Ghani, a former World Bank economist, is a Pashtun, as is Karzai.

Abdullah led first-round results in April with 45 percent of the vote, while Ghani lagged behind by more than 13 points.

Based on initial reports received by Abdullah's staff, results from Saturday's vote put Ghani in the lead by close to a million votes.

"In which part of the country did the situation change so dramatically, the people changed their mind and then all of them came out and voted? Our rallies in the second round were more energetic and effective," Abdullah said.

Official preliminary results are not due out until July 2.

Ghani's camp warned Abdullah against pushing the country into a crisis by refusing to accept the legitimacy of the vote.

"The basics of democracy is that all participants have to accept the result of elections. Voting is the people's right and they paid a big price to achieve it," said a spokesman, Faizullah Zaki.

Hundreds of people were killed or wounded in election day attacks by the Taliban. But millions of Afghans were undeterred by the attempt to derail the vote and turnout was estimated by the Independent Election Commission (IEC) at more than seven million, in line with numbers in the first round.

Abdullah questioned the IEC's figures, putting the turnout at more like five million out of an estimated 12 million eligible voters.

The election complaints body said it had received more than 560 complaints of fraud so far and more were coming in. Complaints can be lodged up to 48 hours after the vote closed on Saturday at 4 p.m.

Abdullah, who dropped out of the 2009 run-off against Karzai citing concerns about fraud, has spent five years in the opposition and is expected to fight hard for the presidency.