Ghani, who with former presidential rival Abdullah Abdullah formed a power-sharing government after months of wrangling over election results, sought to reassure allies that he would tackle corruption and stop the theft of aid money. 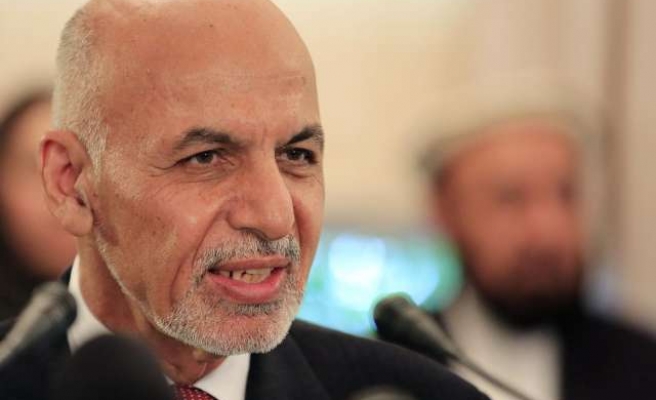 Afghan President Ashraf Ghani said on Thursday he would have a cabinet in place within a month, promising to end a delay that officials and businesses have complained is hurting the economy and threatens to dent donor confidence.

Ghani was sworn in more than two months ago after forming a power-sharing government with former presidential rival Abdullah Abdullah following months of wrangling over election results.

"We intend to form a cabinet within 2 to 4 weeks of returning," Ghani said at a London conference on the future of Afghanistan.

"We are determined to bring people of competence, commitment, integrity and transparency to lead the programme of the government."

When asked at a later event at think tank Chatham House about the need to appoint a cabinet, he repeated the timing, saying "It will be in 2-4 weeks".

The delay in forming a cabinet has raised concerns that the government could break down in squabbling, adding to the many troubles of a country mired in war with the Taliban.

At the London conference the United States and Britain pledged to support Afghanistan's new unity government even as foreign combat troops withdraw from the country after a 13-year war.

Civilian and military deaths have risen sharply in 2014, the bloodiest year since the war against Taliban militants began in 2001. Most foreign combat troops will have left by the end of the month.

"If anyone feels that the Afghan state is about to collapse I feel sorry for them: We have lived 5,000 years, we are going to be there for another 5,000, don't misjudge us," Ghani said.

"I am not going to conduct public diplomacy regarding the peace process. It must be a deliberate process, we intend to deliver ... give us the space and the time and you will see the results."

The United States and Britain pledged on Thursday to support Afghanistan's new unity government as foreign combat troops withdraw from the country after a 13-year involvement.

"We are confident that the policies outlined today by President Ghani and CEO Abdullah will result in a more stable and prosperous Afghanistan," Kerry said at a conference on Afghanistan in London.

"This is an extraordinary moment of transition and the possibilities are so enormous," he added.

"Let our friends celebrate, let our detractors note that history will not be repeated, that we have overcome the past, we face the future with full unity and with confidence," Ghani said at the conference, which is not expected to generate new aid.

"We hope that we will never need direct combat support because the last thing we want is more war," he added.

A statement at the end of the conference reaffirmed previous donor pledges of $16 billion over four years made at a Tokyo meeting in 2012, but it also emphasized that Afghanistan would not be able to survive solely on domestic revenues.

Kerry said the London conference was never meant to be a donor meeting for Afghanistan but to hear from Afghan's leaders their vision for the country going forward.

He said donors could be encouraged by the political progress and reforms to come forward later with new aid.

"There will be for sure some effort to increase contributions over time," Kerry said.

But the goal was to make Afghanistan a self-sustaining economy, he said.

Days after becoming president, Ghani signed a new security agreement with the United States, a move his predecessor Hamid Karzai refused to do. The agreement lays out the terms under which U.S. troops may stay in Afghanistan.

"We are committed to ensuring that Afghanistan can never again be used as a safe haven from which terrorists can threaten the international community," Kerry said.

He, however, said Afghanistan would still face security challenges. "Security will grow, it will get better, but no one should be surprised by attacks that will take place here and there," he said.

Beginning next year, about 8,000 American troops, 4,000 other foreign military personnel, are expected to stay on in Afghanistan as part of a NATO-led training and advisor mission. Some 1,800 Americans will conduct counter terrorism mission.