'This could be a point of no return for ISIL - we will bury ISIL,' Ashraf Ghani says 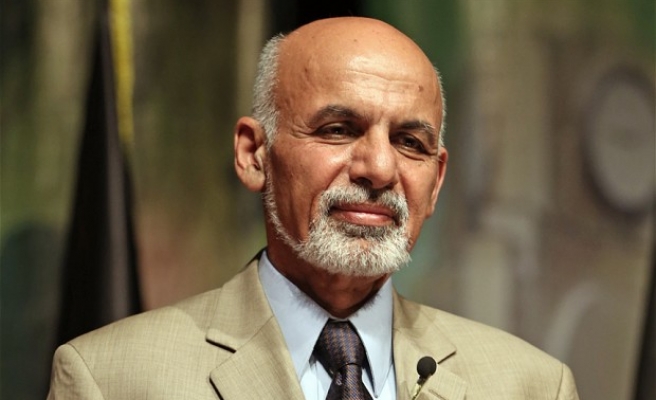 President Ashraf Ghani has vowed to "bury" the ISIL group's affiliate in Afghanistan, a report said, after Washington granted the U.S. military legal authority to strike the extremists in the country.

The group, which controls territory across Syria and Iraq, has made alarming inroads in Afghanistan's eastern Nangarhar province, as the country grapples with a resurgent Taliban insurgency.

ISIL extremists claimed responsibility for a deadly gun and bomb siege targeting the Pakistani consulate in eastern Jalalabad city on January 13, the group's first major attack in an Afghan city.

In recent months Afghan forces backed by U.S. drones launched a scorched earth offensive to beat back ISIL in Nangarhar, where the group's rein of terror has displaced thousands of people.

"This could be a point of no return for ISIL -- we will bury ISIL," Ghani told BBC in an interview released Monday.

"Afghans are now motivated by revenge. They (ISIL) have confronted the wrong people," Ghani said on the sidelines of World Economic Forum in the Swiss resort of Davos.

The U.S. State Department earlier this month formally designated the group's affiliate in Afghanistan and Pakistan -- which calls itself "Khorasan Province" -- as a terrorist organisation.

The name Khorasan refers to a historic region which includes parts of modern-day Afghanistan, Pakistan and neighbouring countries.

The White House this month also gave the U.S. military legal authority to target the group's fighters in Afghanistan, the first such authorisation for military action against the group outside Iraq and Syria, the Wall Street Journal reported.

The extremists have managed to attract disaffected Taliban fighters increasingly lured by the group's signature brutality.

In a sign of their growing reach in Afghanistan, the group has taken to the airwaves with a 90-minute Pashto-language radio show called "Voice of the Caliphate".

The government has said it is trying to block the broadcast, which is beamed from an undisclosed location and aimed at winning new recruits.

"The militant network is on the run in Nangarhar," Ghani told CNN in another interview in Davos.

"They have committed unspeakable atrocities there... We are starting to drive them out."