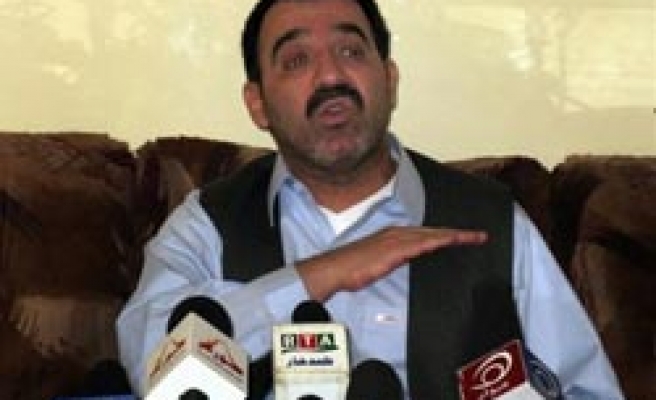 Three men considered front runners in Afghanistan's presidential election staged dramatic last-minute nominations on Sunday, the start of what is expected to be a chaotic but critical race for the palace in the first democratic transfer of power.

The April election is considered the most crucial since the U.S.-led overthrow of the Taliban regime in 2001, with more than a decade of Western-led reforms resting on its outcome amid increasing Taliban violence.

It comes during the same year as the end of the NATO-led combat mission and will be modern Afghanistan's first democratic handover to a new leader, with President Hamid Karzai barred by the constitution from running for a third term.

"With the help of Almighty God and the people, we are ready to form a government," said Qayum, who has studiously avoided public appearances until Sunday.

There were chaotic scenes outside the Independent Election Commission's media hall as Qayum, 56, and his entourage walked into the building, with police barring some of his supporters due to overcrowding.

Qayum had arrived in a convoy of dozens of armoured four-wheel drive vehicles plastered with posters. Some of the vehicles had government licence plates, despite Qayum holding no government post.

He was the last the of major candidates to register, arriving hours after Rassoul and Ghani had filed their papers.

"Afghanistan needs a change, and we will be the ones to win this election," said Ghani, who came third in the 2009 election.

Dostum, who exerts tight control over more than a million votes in the Uzbek north, had initially been part of a broad anti-Karzai alliance called Etihad ("Unity").

He split from the group late last month and engaged in a series of flirtations with pro-government candidates before settling on Ghani.

Patrician Rassoul, flanked by at least a dozen bodyguards, was welcomed to the hall by a line of Afghan boys and girls in traditional clothes clutching bouquets.

All three have been separately mentioned by diplomatic sources and the media as Karzai's favoured candidate, though he has said repeatedly that he will not support any one person.