Hundreds of people protested outside a key town in eastern Afghanistan on Wednesday over the deaths of two "civilian" men who were killed by coalition forces. 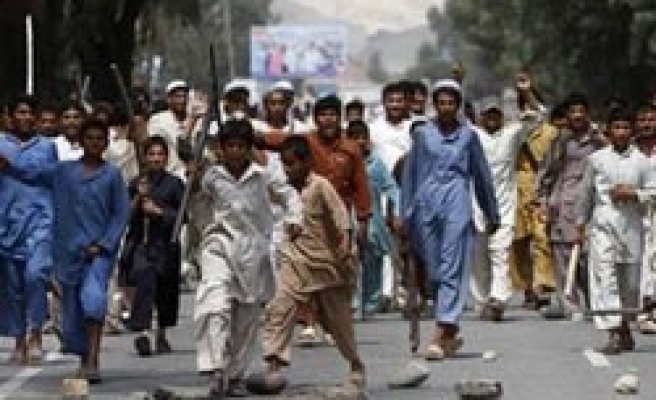 Hundreds of people protested outside a key town in eastern Afghanistan on Wednesday over the deaths of two "civilian" men who were killed by coalition forces.

Local Afghans said the killed men were civilians but the NATO forces claimed were "fighters" in a recent such attacks fueling the public anger against U.S.-led soldiers in the invaded country.

The protesters blocked a main highway out of the city of Jalalabad into neighbouring Pakistan for several hours, shouting anti-American slogans and carrying the bodies of the two dead men. Protesters said the men were father and son.

"The Americans who killed these people should come and see whether it is civilians or insurgents they killed. We need an explanation from them," said one protester named Mohammad Gul.

The protesters said they did not want to bury the men until they had received an explanation.

A statement from the NATO-led International Security Assistance Force (ISAF) said foreign forces had killed two Taliban fighters in a compound in a district near Jalalabad on Tuesday.

It said the men had been involved in roadside bomb attacks.

ISAF said its force came under enemy fire from "multiple directions" as it approached the compound.

A U.N. report last week showed civilian casualties had risen 31 percent in the first half of 2010. Such incidents have long been a major cause of friction between President Hamid Karzai and his Western backers, although the number caused by foreign forces has fallen dramatically after tactical directives were tightened by U.S. and NATO commanders.

The report came after the secret documents were published by Wikileaks which showed  U.S. military covered thousands of civilian deaths.