ISAF tanks came under attack from Taliban fighters at the Torkham border crossing. 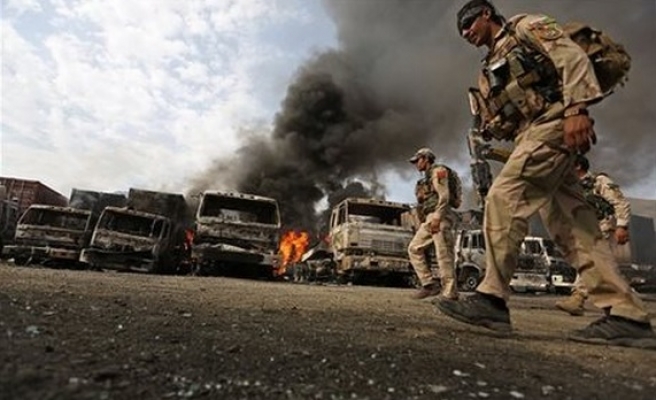 At least three Taliban fighters were killed in an attack on NATO-led International Security Assistance Force tanks in Afghanistan on Thursday.

Nangarhar governor, Ahmad zia Abdulzai, said the clashes took place in Torkham, one of the major border crossings between Afghanistan and Pakistan, when Taliban fighters attacked the NATO-led force.

In two hours of clashes, three fighters were killed, two drivers were injured and 37 tanks were burned, Abdulzai said.

ISAF, under NATO command since 2003, is an international force to assist the creation of a secure environment in Afghanistan during the country's reconstruction period.

The Taliban ruled Afghanistan from 1996 to 2001 before being ousted by U.S.-led forces following the September 11, 2001 attacks in New York and Washington.

U.S.-led foreign forces are scheduled to withdraw from the country by the end of 2014.