The Taliban will introduce a new tax in return for "protection" of businesses. 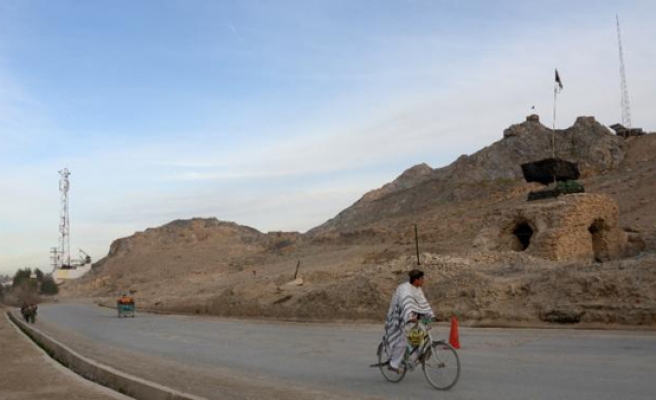 The Taliban have demanded a hefty new "protection tax" from Afghan mobile phone companies, industry and militant sources told AFP, as the resurgent group tightens its stranglehold on a rare successful business in a slumping war economy.

At a secret meeting last month near the Pakistani city of Quetta, the Taliban's central leadership formally demanded the tax from representatives of four cellular companies in exchange for not damaging their sites or harming their employees.

The edict was motivated by an Afghan government announcement in October that it had amassed a windfall of 78 million Afghani ($1.14 million) within days of imposing an additional 10 percent tax on operators, according to two telecom company officials who attended the meeting and a third industry executive privy to the information.

"They want us to pay the same amount paid to the government," one of the officials who was at the gathering told AFP.

"We told them that this will kill our business, but they said: 'This is the only way to guarantee your people are not harmed and your sites are not burned'," he added.

A source in the Quetta Shura -- the Taliban's Pakistan-based leadership council -- confirmed the meeting, telling AFP the group was waiting for a formal response from the companies.

"We told them: 'It is our right to tax you if you want us to protect your (transmission) towers around Afghanistan'," he said. "'You will have to pay'."

Local-level Taliban commanders have been known to extort from businesses operating in their areas, notably the telecom firms and logistics companies supplying NATO bases and Western-funded construction projects.

But this appears to be the first time the central leadership has formally demanded a levy from business enterprises, underscoring how they increasingly operate like a shadow government.

It also highlights the dangers of doing business in conflict-torn Afghanistan -- particularly for the telecom industry, fast becoming a battleground in the Taliban's war against the US-backed Afghan government.