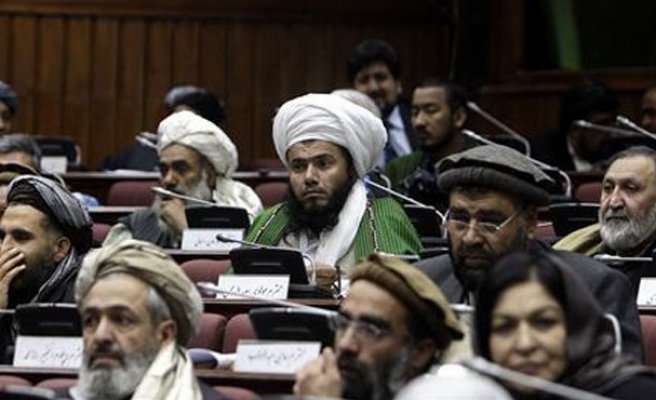 World Bulletin / News Desk
Afghan women took to the streets of the capital, Kabul, to demand representation in the Afghan government on Tuesday.

Neither of the two female nominees appointed by President Ashraf Ghani have been approved by parliament, though Najiba Ayubi, the nominated Minister for Women's Affairs, could yet be confirmed in the position if a dispute over the validity of her educational qualification is resolved.

Activists from the Afghan Women's Network protested against the lack of representation, chanting “Where are our rights?” as they marched through the center of Kabul.

The group also presented the government with a list of 21 eligible women candidates and demanded parliament support the nominations of female ministers who are eligible according to the Afghan constitution.

“If our due rights of representation in the cabinet are not granted we would launch a nationwide campaign asking women not to vote in future elections," said Hussaina Safi, an Afghan Women's Network activist.

According to official figures, more than a third of total votes cast in last year's presidential elections were by women, despite threats, security risks and a lack of facilities.

During their election campaigns both Ghani and his power-sharing partner Abdullah Abdullah had committed to giving women a share in government but when their cabinet nominations were announced, more than 100 days after Ghani took office, there were only three women on the list.

While Ayubi was not considered eligible for a vote, the nomination for higher education was overwhelmingly rejected and another could not take the role because of a constitutional bar on ministers holding dual nationalities; something common among Afghans who were refugees during three decades of conflict.

Women’s votes, especially in rural areas where participation has previously been very thin, played a vital role in securing victory for Ghani, who had trailed his opponent Abdullah in the vote's first round.

A recent survey by the Afghanistan Human Rights and Democracy Organization has revealed that women still remain a marginal force in Afghanistan.

After years of short-termism and disjointed investment, the group said, the time had come for the Afghan state, civil society and the international community to place Afghan women's problems within broader socio-cultural, economic and religious structures.

Afghan parliament rejected more than half of Ghani and Abdullah’s nominees, including the appointment for the defence ministry, leaving the cabinet positions unfilled until after a month-and-a-half winter break.