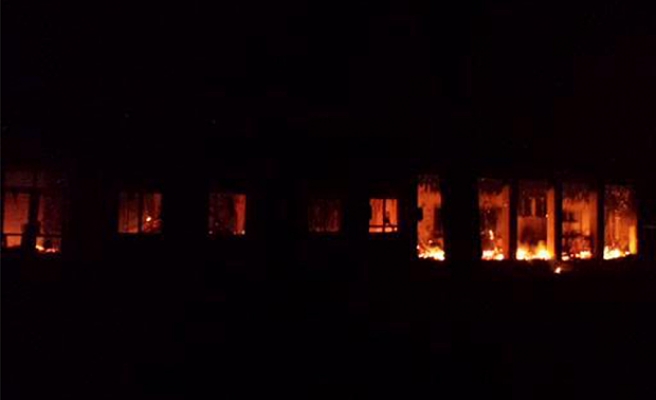 The death toll from Saturday’s bombing of a hospital in northern Afghanistan has risen to 22, operator Medecins Sans Frontieres (MSF) said Sunday.

“It is 12 MSF staff members and 10 patients, including three children, who were killed in the attack,” MSF General Director Christopher Stokes, said.

On Saturday, MSF had said that at least 12 of its workers and seven patients died in the airstrikes, which were allegedly carried out by U.S. fighter jets.

UN rights chief Zeid Ra’ad Al Hussein said Saturday that if found to be deliberate, the attack could amount to a “war crime”.

President Barack Obama offered his condolences to the families of the deceased and injured, saying that the Pentagon has begun a "full investigation" into the incident.

But MSF said it “demands that a full and transparent investigation into the event be conducted by an independent international body,” Stokes said. "Under the clear presumption that a war crime has been committed.”

“Relying only on an internal investigation by a party to the conflict would be wholly insufficient.”

Separately, the Afghan Interior Ministry said on Saturday that Taliban militants had entered the hospital compound and were firing on Afghan forces at the time of the attack.

But, MSF rejected the claims saying that not a single member of its staff reported any fighting inside the hospital prior to the U.S. airstrike on Saturday morning. “The hospital was full of MSF staff, patients and their caretakers,” the group said.

Later on Sunday, Stokes released a second statement reacting harshly to claims by Afghan officials that MSF's hospital in Kunduz was routinely used by the Taliban for military purposes.

"MSF is disgusted by the recent statements coming from some Afghanistan government authorities justifying the attack on its hospital in Kunduz,” Stokes said in the statement.

“These statements imply that Afghan and U.S. forces working together decided to raze to the ground a fully functioning hospital with more than 180 staff and patients inside because they claim that members of the Taliban were present.”

Stokes said that this utterly contradicts the initial attempts of the US government to minimize the attack as “collateral damage”.