The seven-week audit, a painstaking exercise involving more than 8 million votes, was slow-going at times, punctuated by heated arguments 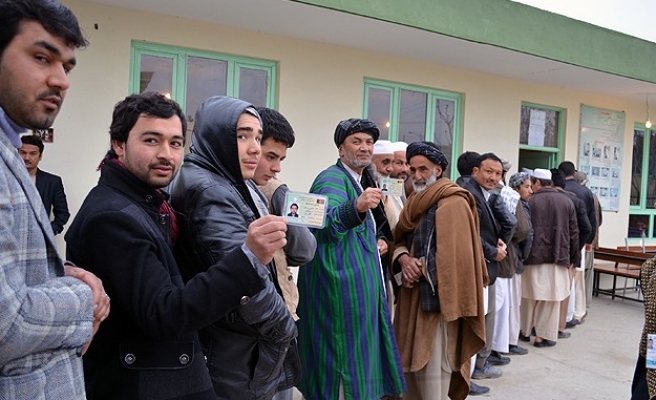 A U.N.-supervised audit of votes in Afghanistan's disputed presidential election has finished, an Afghan electoral official said on Friday.

The audit of the June 14 run-off election was part of a U.S.-brokered deal to defuse escalating tension in a ballot intended to mark the country's first democratic transfer of power.

Chaos in Afghanistan as Western forces pull out most of their troops would be a political blow for those countries which have spent billions of dollars and lost about 3,500 soldiers in a bid to bring peace and stability since the Taliban were ousted in 2001.

"It was a very important mission by the IEC and other major institutions which is finished now," Noor said.

The IEC has already begun invalidating votes deemed fraudulent, but it was unclear when the final results of the audit - and the next president of Afghanistan - would be announced.

But Abdullah rejected the result, claiming widespread fraud and calling the outcome a "coup" against the Afghan people.

Since then, U.S. State Secretary John Kerry has flown to Afghanistan twice to mediate a deal in which both candidates agreed to a full audit of the vote, and, based on the result, to form a national unity government, a pledge the contenders reiterated in a joint statement on Thursday to a NATO summit.

The seven-week audit, a painstaking exercise involving more than 8 million votes, was slow-going at times, punctuated by heated arguments between the two candidates' observers present during the process.

In late August, Abdullah's team boycotted the audit, calling it "worthless" in the face of what they have alleged to be widespread fraud in the June vote.

The United Nations subsequently asked Ghani's team to withdraw its observers too, in the interest of fairness. The audit proceeded in its final week with Afghan and international observers present.

Both candidates' camps said talks on the national unity government were going on, though details of what that government might look like remained murky.

President Hamid Karzai urged the candidates to reach a final agreement at the soonest so "the Afghan nation would wait no longer in uncertainty for the new president," Karzai's office quoted him as saying in a Sept. 3 statement.

"I will endorse any final agreement reached in this regard between the two sides," he said.