Taliban will remain the reality whether in complete command or with the negotiated settlements. 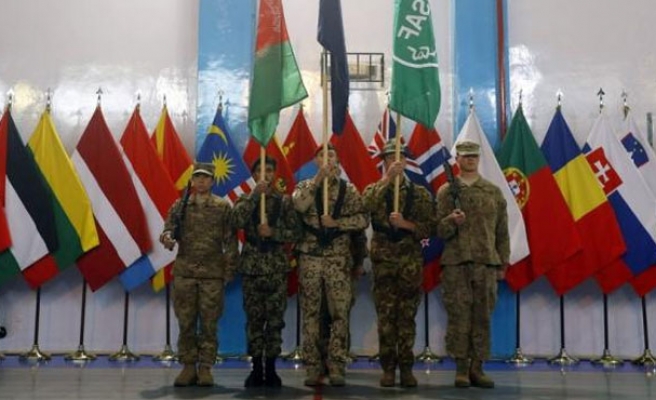 US led NATO combat mission in Afghanistan eventually ended; On 28 December 2014 NATO formally ended combat operations in Afghanistan and transferred full security responsibility to the Afghan government via a ceremony in Kabul. The residual force of little less than ten thousand troops will leave Afghanistan by mid 2016. The US invasion of Afghanistan started in October 2001 after the September 11 attack blamed to be carried out by Al-Qaiada. The then US president vowed to finish Al-Qaida and the Taliban who were held responsible to grant refuge to Al-Qaida. US led Operation Enduring Freedom (OEF) finished without much fanfare.

The toppling of Taliban in Afghanistan from Kabul and it’s headquarter in Kandahar was a quick flux operation where Taliban fighters abandoned their positions in the cities and set off in to countryside mountains. Ousted Taliban fighters regrouped in two years time and launched their gorilla operations against NATO forces and the Coalition appointed Government in Kabul.

It seems that 1989 may be repeated in Afghanistan when Soviet Union's Red Army had pulled. After three years of Soviet pullout the government led by the communist People’s Democratic Party of Afghanistan collapsed in 1992. President Najibullah took refuge in US compound and a civil war engulfed Afghanistan, leaving appalling carnage with no clear victor.

Anarchy engulfed Afghanistan where warlordism, banditry and opium production became the part of daily life. During this period Taliban rose against the fighting gangs, by 1994 Taliban effectively controlled the Southern Afghanistan and in 1996 they captured Kabul and hanged Soviet backed President Mohammad Najibullah who had taken refuge in UN compound. By 1999 Taliban had come to control 90 percent of Afghanistan.

The ten year period between 1989 and 1999 saw a very troubled civil war and Taliban’s ascendance to power and return of central command and control structure. Within two years time, on 7 October 2001 US led NATO forces invaded the country and within few months a new phase has begun in Afghan history.

In 2003, regrouped Taliban started its armed campaign with -- what they called “liberation of land from invading forces” and the ten years of war fought with US led NATO forces. On 18 June 2013, the transfer of security responsibilities was completed that officially ended in December 2014 by handing over the war booty to the 350,000-“strong” Afghan National Security Force (ANSF).
During the invasion period Afghanistan witnessed three presidential elections in 2004, 2009 and in 2014. Two Parliamentary and provincial council elections were also held in 2005 and 2010. Elections were marred with fraud, intimidation and low participation.

Another phase of ten year from 2015 to 2025 will be very crucial for Afghanistan where Taliban has upped the attacks on Afghan security Forces, fighting without NATO ground troops and ariel operation support. Though it seems difficult that Taliban will take over Kabul anytime soon, yet the writ of new President Ashraf Ghani is shrinking within the high security zone in Kabul.

In this ten year phase, for any dispensation in Kabul, Taliban will remain the reality whether in complete command or with the negotiated settlements.

Chances of another civil war are very low down but the fighting will last till the complete withdrawal of foreign troops, scheduled for 2016. After withdrawal, all the Afghan factions may find a solution by forming a unity government. Taliban has so far declined all the offers of unity government and vowed to continue fighting till the last foreign boot on the ground.

Taliban’s much shrouded patron, Pakistan believes that India has used last ten years to destabilize its provinces Baluchistan and Khyber Pakhtunkwa; it is worth mentioning here that before the Soviets withdrawal in 1989 India had strategic relations with Kabul, and after ouster of Taliban India again developed deep strategic relationships with the government in Kabul.
The new decade may repeat a 1989 for India where Pakistan had blocked Indian access in Kabul and India along with Iran and Russia in-turn supported the anti Taliban faction - Northern Alliance - controlling some territories in Northern Afghanistan.

The recent bonhomie between Russia and Pakistan is largely seen as the recalibration for the future of post-2016 Afghanistan. India’s poor relationship with Pakistan seems to be the biggest hindrance for the former’s rapprochements with the Talibans where Pakistan still holds veto.
Reconciliation with all the warring Afghan factions is possible and a lot depends on Pakistan and how much strategic depth it needs in Kabul.