The Afghan president has acknowledged preliminary talks with China about its possible facilitator role in talks with Taliban, but spoke in cautious tones 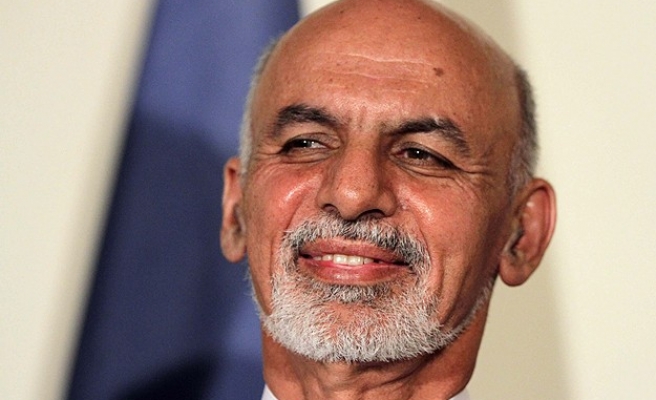 Afghan President Ashraf Ghani acknowledged Friday a possible mediation role of China in a final peace deal with the Taliban.

Addressing a press conference after meeting with German Chancellor Angela Merkel in Berlin, Ghani said “China is acting as a responsible international stakeholder. We welcome the intense dialogue.”

The Afghan president acknowledged preliminary talks with China about its possible facilitator role, but spoke in cautious tones.

“These are still early stages of drawing a detailed map about how to move forward,” he said.

“A problem of this nature requires full regional and international coordination. And we very much hope to bring all countries that have a stake in peace and stability together to reach a peace agreement and a framework for regional cooperation that would benefit for all of us,” Ghani said.

He also reiterated the Afghan position that for any peace process to be successful, it has to be “Afghan launched, Afghan owned and Afghan led.”

Describing the current challenges in the region as joint threats for China and Afghanistan, the Afghan president said China’s stability was threatened by networks of terror and violence that operate in its neighborhood.

He added that China’s special relationship with Pakistan held weight that could facilitate the peace process.

The Afghan President thanked Germany for its support in Afghanistan’s social and economic development, and its commitment to keep up to 850 soldiers after the NATO withdrawal at the end of 2014.

“Germany is a key contributor to the Resolute Support mission. That mission is non-combat,” Ghani said. “German forces are already not involved, and will not be involved in combat. That is our agreement,” he said.

The German government is planning to keep up to 850 soldiers in Afghanistan as part of the NATO’s follow-on mission "Resolute Support." It has sought authorization from parliament, which appears assured as Merkel's coalition government enjoys a parliamentary majority.

"We are determined to do our part, not to deny any problem, our commitment to accountability, to rule of law, to overcome corruption and finally the challenge of narcotics," he said.

Asked about the election victory of German opposition Left Party in the German state of Thuringia, which has long been against Germany’s military mission in Afghanistan, Merkel said the development would not change the policy of her coalition government.

Earlier Friday, Foreign Minister Frank Walter Steinmeier told the parliament that Germany would annually provide 430 million euros in aid to Afghanistan to support its social and economic development until 2016.

He also promised 150 million euros annually for Afghanistan’s security forces after the withdrawal of NATO-led combat troops by end of this year.