Afghanistan revises down death toll from market attack to 43 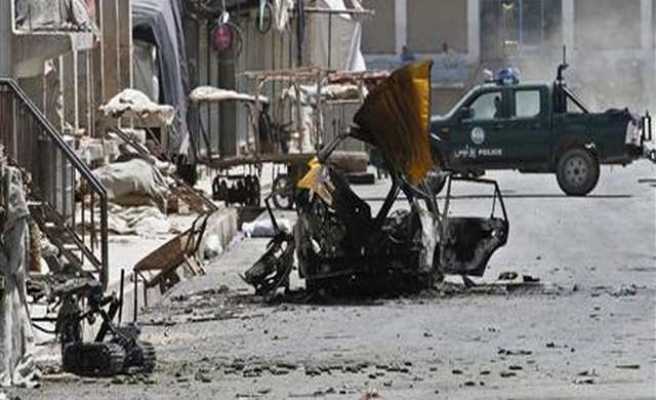 Afghanistan on Wednesday revised down the casualty figure from a car bomb attack in the eastern province of Paktika to 43 from 89, saying at least 74 people had been wounded.

A car packed with explosives detonated on Tuesday as it sped through a crowded market in northern Paktika, killing scores of people as it tried to escape from a police vehicle chasing it.

The Defence Ministry put the death toll at 89 at the time but the Health Ministry said a day later that 43 people had been killed. It gave no reason for the revision.

The explosion took place not far from the porous border with Pakistan's North Waziristan region, where the military has been attacking hideouts of the Pakistani Taliban in the past few weeks, prompting militants to retreat toward Afghanistan.

The Taliban have distanced themselves from the attack. The movement's leaders have ordered militants not to target civilians.

"The truth behind this attack will become clear after an investigation, but we clearly announce that it was not done by the Mujahedeen of the Islamic Emirate of Afghanistan," Zabihullah Mujahid, a Taliban spokesman, said in a statement.

A local deputy police chief, Nissar Ahmad Abdulrahimzai, told Reuters that police had been tipped about the car and were chasing it when it exploded.

"The explosion was so big it destroyed many shops. Dozens of people are trapped under the roofs," Mohammad Raza Kharoti, the district governor, told Reuters.