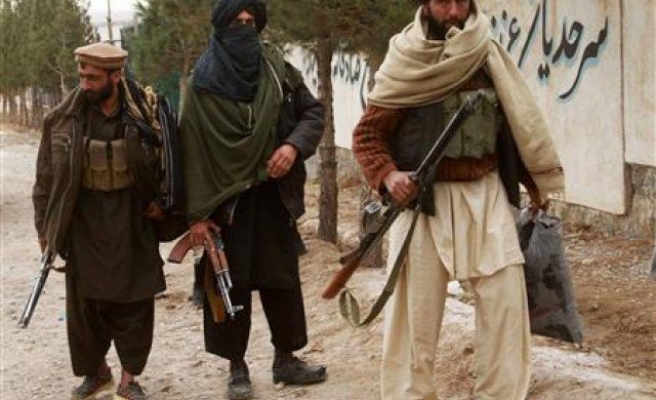 At least 25 people, including 22 members of an anti-Taliban militia force and three Afghan tribal elders have been killed in an attack carried out by the Taliban in northwestern Faryab province, Afghan officials said on Friday.

According to the deputy of a government-run provincial council in the area, Tahir Rahmani, Afghan Taliban militants killed 25 militiamen after an hours-long clash in Shirin Tagab district’s Astana Baba locality.

Only a few days back, Afghan Vice President General Abdul Rasheed Dostum had defeated Taliban in the area and handed it over to a pro-government militia.

“General Dostum took the area from Taliban on Wednesday and handed it over to the pro-government forces. However, Taliban returned after Dostum left the area and took on the militia,” Rahmani said.

He said that some 80 pro-governmental militia members had been besieged by Taliban in the area on Thursday, out of which 25, including three pro-governmental tribal elders were killed in clashes. The bodies were handed over to families on Friday morning.

Rahmani added that only the militia commander, Fayaz, and his 12 soldiers had managed to save their lives in the incident, while several others remained missing since the fighting broke out on Thursday.

Provincial police chief General Sobhan Qul confirmed the death toll in the incident and said that the local militia had launched the operation without coordinating with provincial police.

"[Despite that] army helicopters were sent in to support them and police forces were also deployed to the area," Qul said.

Dostum, who is said to be personally leading an anti-Taliban operation, had freed over 100 villages from Taliban control in Faryab that left about 300 local and foreign militants reportedly dead; some 400 others have also reportedly surrendered their weapons in the last one month.

After Faryab province, Dostum headed to neighboring Sri Pul province, where he reportedly defeated Taliban in Kohistanat district on Friday.

According to Kohistanat district chief, Tajuddin Mlikzada, Afghan forces reclaimed control of the district from Taliban on Friday without facing any resistance.

“Taliban militants have left the area after General Dostum arrived along with some 2,000 soldiers in Sari Pul province,” Malikzada told Anadolu Agency.

Regaining territory from Taliban is among the main challenges for Afghan troops after U.S.-led NATO forces handed over responsibility of security to Afghan national security forces in late 2014.