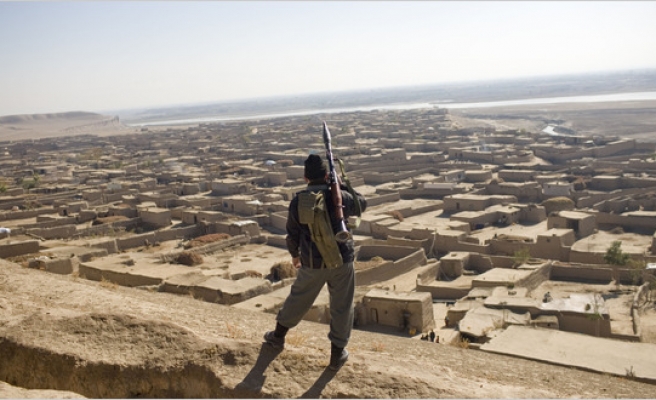 Imam Saheb, lying on the border with Tajikistan, is the biggest and richest district of Kunduz province. It has played an important role in the city's history, especially during the Soviet invasion in the 70s and 80s.

In the meantime, U.S.-led coalition forces dispatched its ground troops and carried out air strikes on Taliban targets in Kunduz.

“US forces conducted an airstrike in self-defense to eliminate the threat,” Col Brian Tribus, spokesman for NATO said in a statement released on Wednesday.

“Coalition Special Forces advisors, to include U.S. service members, while advising and assisting elements of the Afghan Security Forces, encountered an insurgent threat in the vicinity of the Kunduz airport at approximately 1 a.m., 30 September,” it said.

Tuesday’s air raids by Afghan and U.S. forces on Taliban killed nearly 160 militants including their chief in Kunduz.

Afghan officials said reinforcement troops from capital Kabul reached Kunduz after two days of fighting with Taliban and breaking barriers established by the militants on the highway between Baghlan and Kunduz provinces.

According to Hussaini, around 300 police and 200 army troops equipped with artilleries arrived at Kunduz airport, the only remaining stronghold with Afghan security forces.

“Some units of police and army had already been transferred by air to Kunduz,” Hussaini added.

The security situation in neighboring Baghlan province is also reported to be deteriorating. Taliban reportedly made advances in its districts and reached provincial capital, Puli Khumri, where thousands of forces were waiting to be deployed in Kunduz.

Afghan National Security Forces had launched a counter operation Tuesday morning to reclaim Kunduz from Taliban. However, Afghan troops reportedly got stuck between Baghlan and Kunduz due to heavily-mined roads and ambushes by militants.