'Today we announce the date for the parliamentary and district council polls on October 15,' election commission chief says 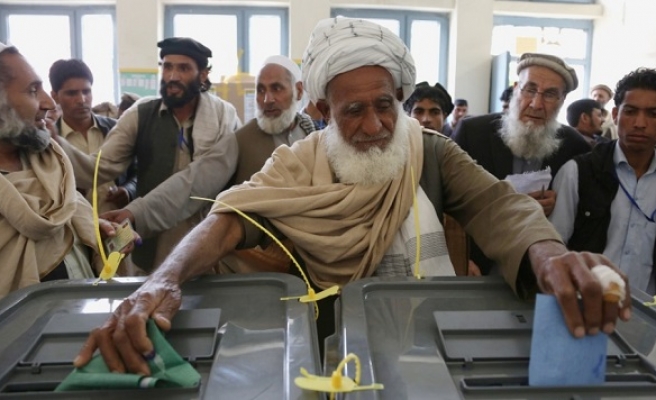 Afghanistan will hold its delayed parliamentary elections on October 15, the top polling official said Monday, after last June's deadline to choose a new assembly was missed because of political disputes.

Parliament's five-year term expired in June but polls were postponed amid concerns over whether the vote could be fair and transparent after a disputed presidential election in 2014.

President Ashraf Ghani last year extended the assembly's mandate until elections were feasible, prompting many to question the legality of his decision.

"The parliamentary election and district council polls will be held on time if the government provides the necessary budget, security for candidates, electoral workers and polling centres."

Nuristani urged the international community to provide funding and support for the election, which will likely be held against the backdrop of a worsening security situation in Afghanistan.

"We have learnt good lessons from the challenges and problems of the last elections. We are committed to holding (fair and transparent) elections," Nuristani said.

Both Ghani and his rival Abdullah Abdullah, a former anti-Taliban resistance fighter, claimed to have won the fraud-tainted 2014 presidential election, tipping Afghanistan into a crisis that threatened to trigger nationwide unrest.

It took months for both candidates to agree on a US-brokered deal to form a "National Unity Government".

Nuristani's announcement comes as Kabul hosts a second round of four-country talks aimed at reviving peace negotiations with the Taliban, even as the insurgents wage an unprecedented winter campaign of violence.