More than 900 polling centres for Afghanistan's parliamentary elections next month will not open because of security fears, an official said. 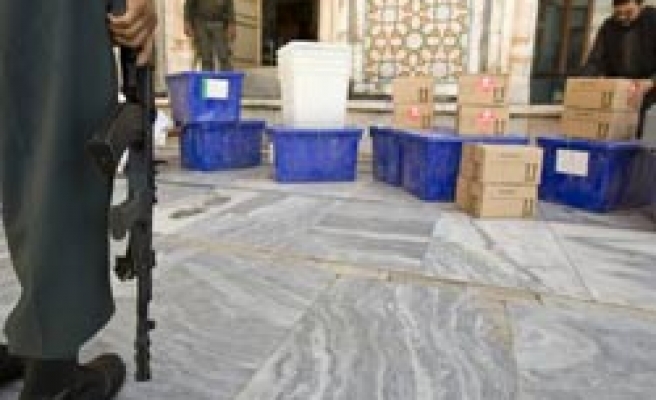 More than 900 polling centres for Afghanistan's parliamentary elections next month will not open because of security fears, an official said on Wednesday.

A U.N.-backed elections watchdog has already blocked dozens of candidates from taking part in the Sept. 18 election.

"We have to accept this bitter fact that some 938 polling centres will remain closed due to security problems during the election," said Ahmad Mahnawi Fazel, chairman of the Afghan Independent Election Commission (IEC).

"As you all know security is the backbone of the election," he told a news conference in Kabul.

The IEC had originally planned to open 6,835 polling centres which would operate 19,945 voting stations.

However, Mahnawi said Afghan forces could only provide security for 5,897 of the polling centres.

He said those that would not be able to open were spread across 25 of Afghanistan's 34 provinces but most were in the south and the east.

He said voters in those areas would have to travel to other, safer polling centres to cast their ballots.

Foreign military deaths have passed 2,000 and, according to a U.N. report last week, civilian casualties rose 31 percent in the first six months of this year.

More than 2,500 candidates will stand for the 249 seats in the lower house Wolesi Jirga, including about 400 women candidates.

More than a third of Karzai's votes were thrown out as fake after a U.N.-backed probe into last year's presidential poll.