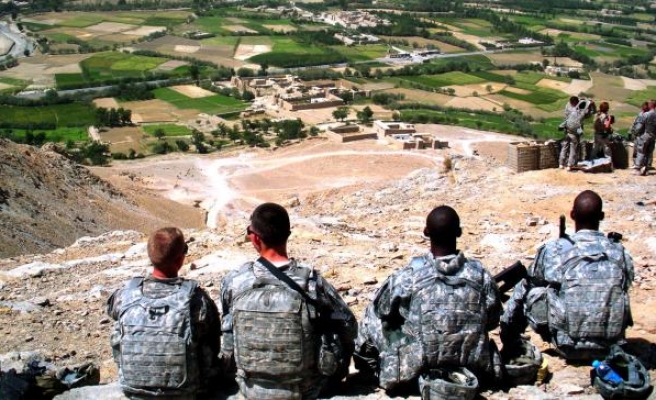 Afghanistan's vast untapped natural resources, valued at more than $1 trillion, are seen as the war-battered country's ticket to a self-reliant future, a possible trump card that could jumpstart the lagging economy as foreign aid ebbs.

But the lucrative sector -- already plagued by rampant corruption, insurgent violence and a lack of regulation which are all deterring international miners -- also threatens to fuel conflict and push Afghanistan deeper into turmoil.

"We are sitting on a fortune which could create cars and planes for the world, and jobs and schools for local people," said local resident Mohammad Reza.

"But this treasure could fall in the wrong hands if militants start infiltrating into Hajigak," he added.

Hajigak, a patchwork of boulder-strewn ridges and wildflower meadows in central Bamiyan province, sits atop an estimated 1.8 billion tonnes of iron-ore -- one of the world's biggest such untapped deposits. However mining in the area could inevitably enflame violence that has engulfed other areas of Afghanistan endowed with mineral wealth.

Insurgents, warlords and militias have made murderous incursions into most other areas rich in deposits of iron, gold, copper and precious stones, including the eastern provinces of Logar and Ghazni and the northern badlands of Badakhshan.

Although some researchers refer to Afghanistan's natural resources as potential "curse".

"There is a real danger that the political conflict could morph into a resource conflict. Afghanistan is on a resource curse trajectory," Javed Noorani, an independent Kabul-based researcher on mining said.

"This shadow economy is expanding the war chests of militant groups and fuelling the conflict," he added.

The Afghan government "lacks the technical capacity to research, award and manage new (mining) contracts without external support", the Special Inspector General for Afghanistan Reconstruction (SIGAR) said in a scathing report in April.

The US watchdog added that a nearly $500 million grant from Washington to develop a self-sustaining Afghan mining industry had failed.

Meanwhile, in Hajigak the inordinate delay in getting the mining project off the ground has left villagers seething with frustration.

Mining could offer more steady incomes in a region that is cut off by snow for nearly seven months of the year.

"We want to tell mining companies: we will protect you with our lives if you start this project. Help us put bread on our table all year round," Nowroz Ali Saifyar, another local, said.