His inner circle have not yet decided where to bury Rabbani, who first made his name as a fiery lecturer and activist and then became an anti-Soviet fighter, before briefly heading the country after the fall of the Soviet-backed regime. 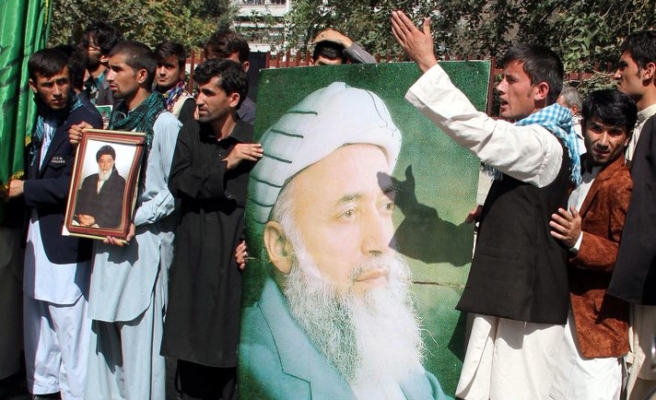 Rabbani, a Tajik and perhaps the most prominent Afghan to be killed since the fall of the Taliban in 2001. He died at his home early on Tuesday evening after a suicide bomber detonated explosives concealed in a turban.

The killing was a strong statement of Taliban opposition to peace talks, and the latest in a string of high-profile assassinations.

His inner circle have not yet decided where to bury Rabbani, who first made his name as a fiery lecturer and activist and then became an anti-Soviet fighter, before briefly heading the country after the fall of the Soviet-backed regime.

"Discussions are still going on whether to bury professor Rabbani on the Wazir Akbar Khan hilltop, or the west of Kabul in the university," Abdul Wali Niazi, a close aide to Rabbani, told Reuters.

Wazir Akbar Khan is Kabul's diplomatic enclave, where Rabbani had his well-guarded home.

His killer was reported to have been escorted through layers of security without checks, because of promises he brought a message from the Taliban leadership.

On Wednesday morning, crowds gathered on the blocked-off street where Rabbani had his home, and armoured cars with blacked-out windows carried senior officials, friends and other prominent Afghans to a memorial service inside.

Students from Kabul university carrying banners, angry at the government, were among the hundreds-strong crowd on a street draped with black banners.

"The situation will further deteriorate because of the killings of our leaders," said Mujeed, a 21 year-old student of political law, from Rabbani's home province of Badakhshan.

"We have no choice but to arm ourselves and defend the country. This is a plot hatched by the government to get rid of Rabbani, because he was exposing the fact that the government wanted the Taliban to come back," he said.

A group of about nine other students clustered around him nodded in agreement.