Several hundred Afghans staged a protest outside of a mosque in Kabul over against an American church's plan to burn a copy of the Koran in Sept. 11. 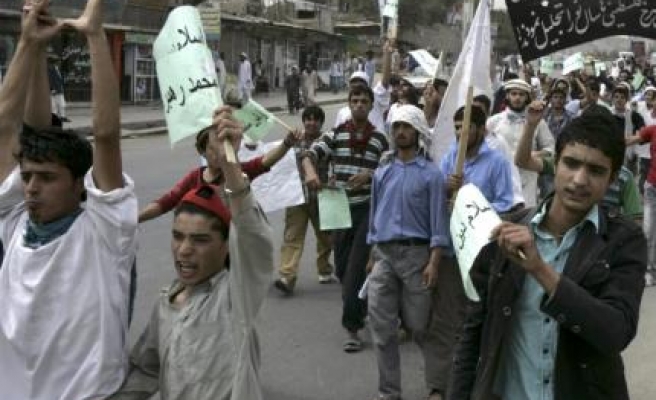 Several hundred Afghans chanting anti-America slogans staged a protest outside of a mosque in the Afghan capital on Monday over against an American church's plan to burn a copy of the Koran on the anniversary of the Sept. 11 attacks.

"We call on America to stop desecrating our Holy Koran," student Wahidullah Nori told Reuters. He said the street protests condemning the church would continue "every day".

The U.S. Embassy in Kabul said the "United States government in no way condones such acts of disrespect against the religion of Islam, and is deeply concerned about deliberate attempts to offend members of religious or ethnic groups".

"Americans from all religious and ethnic backgrounds reject this offensive initiative by this small group in Florida, a great number of American voices are protesting the hurtful statements made by this organization," it said in a statement.

A proposal to build an Islamic centre and mosque two blocks from the site of the Sept. 11, 2001, attacks in New York has sparked national debate in the United States.

Demonstrations and riots triggered by reported desecration of the Koran are not infrequent in Afghanistan. The huge protests came after cartoons depicting the Prophet Mohammad in a Danish newspaper in 2006.

In January this year, Afghan troops shot dead eight demonstrators and wounded 13 in southern Helmand province in a riot triggered by reports that foreign troops had desecrated the Koran during a raid. A spokesman for NATO forces denied the report.