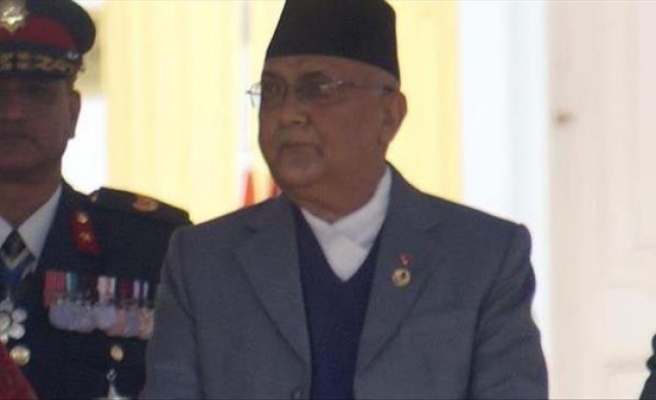 On March 20, Nepalese Prime Minister K.P. Sharma Oli is scheduled to embark on a five-day trip to China in hopes of cementing bilateral ties and inking a number of energy import agreements.

In September, India -- citing unrest in the restive region -- halted the supply of daily commodities to Nepal, which in turn accused New Delhi of imposing an unofficial blockade on the landlocked country.

Oli’s China trip will come one month after he visited India, which lifted the five-month-long embargo ahead of his visit.

The imposition of India’s unofficial blockade on Nepal followed the promulgation of the latter country’s long-awaited post-war constitution -- a move that triggered protests from ethnic groups in the Southern Plains who demanded greater political representation.

The official itinerary for Oli’s upcoming China trip has yet to be finalized, but Oli’s foreign affairs adviser, Gopal Khanal, told Anadolu Agency that his first port-of-call would be Beijing, where he is slated to meet Chinese President Xi Jinping and his Chinese counterpart, Li Keqiang.

"Then he will attend the annual Boao Forum for Asia [in China’s Hainan province]," said Khanal. "He will also visit Chengdu, the capital of Sichuan province [where Nepal is set to open a consulate]."

While in China, he added, Oli is also expected to sign several agreements, including a free-trade deal and an agreement for the construction of three petroleum depots near the border with China’s Tibetan region.

The Nepalese leader hopes to build on last year’s visit to Beijing by Deputy Prime Minister Kamal Thapa, members of whose delegation persuaded China to supply almost one third of Nepal’s petrol and cooking gas needs.

According to Khanal, Nepal is also likely to seek Chinese financial assistance for the construction of a 1,200-megawatt reservoir-based hydroelectric plant on the Budhigandhaki River near capital Kathmandu.

"The government’s view is that both our neighbors [i.e., India and Nepal] are equally important for us," Khanal said. "We need China’s support for economic growth and infrastructure development."

India, meanwhile, has long been Nepal’s most important trading partner and a key player in Nepalese politics. Recent years, however, have seen China make significant inroads in both spheres.

The recent diplomatic row with India -- and Nepal’s ensuing overtures to China -- has lent credence to the notion that Kathmandu is slowly moving out of India’s traditional sphere of influence.

Some Indian commentators, however, dispute this, saying Beijing will not jeopardize its relations with the sub-continental powerhouse for the sake of tiny Nepal.

"But China has always been cautious about taking on India in Nepal," he added.

Joshi went on to write: "It [Beijing] makes symbolic gestures, but -- when push comes to shove -- it backs off, for the simple reason that it [i.e., alienating India] is not worthwhile economically or politically."