Iran is ready for immediate talks with world powers over a nuclear fuel swap deal, President Mahmoud Ahmadinejad said in an interview published in Japan on Friday. 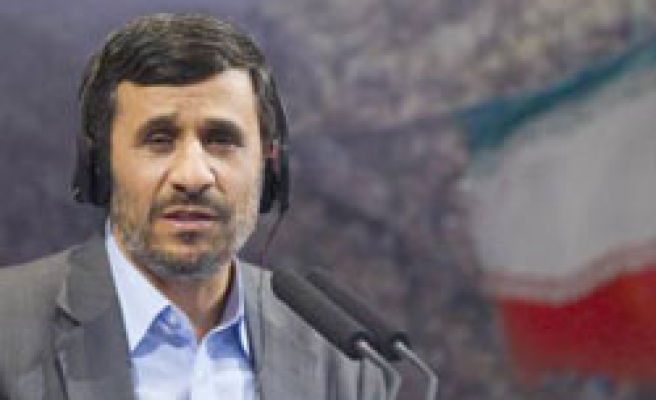 Iran is ready for immediate talks with world powers over a nuclear fuel swap deal, President Mahmoud Ahmadinejad said in an interview published in Japan on Friday.

Iran is ready to resume in late August or in early September talks with the five permanent members of the UN Security Council plus Germany over an exchange of enriched uranium, Ahmadinejad told the Yomiuri Shimbun.

Ahmadinejad hinted Iran could stop its programme of uranium enrichment if a deal were struck to ensure the supply of nuclear fuel to Tehran.

"We promise to stop enriching uranium to 20 percent if fuel supply is ensured," he said in the exclusive interview in Tehran, published in Japanese.

"We have the right to enrich uranium. Iran has never provoked a war nor craved for nuclear bombs," he added.

Ahmadinejad's comments follow those he made earlier this month urging the United States to join talks on a fuel swap deal.

Supreme leader Ayatollah Ali Khamenei said on Wednesday Iran would not conduct talks with the United States about its nuclear programme unless sanctions and military threats were lifted.

Asked about the relations with the United States, Ahmadinejad told the Yomiuri Shimbun: "Iranian people support dialogue. Dialogue should be done with respect and fairness.

"Unfortunately Western countries always hold out threats, trying to keep advantage in negotiations. This is not dialogue. The purpose of dialogue is understanding, not threatening."