Ai also said he asked the Beijing public security bureau to return his passport, using exhibitions and teaching engagements in Germany as justification. 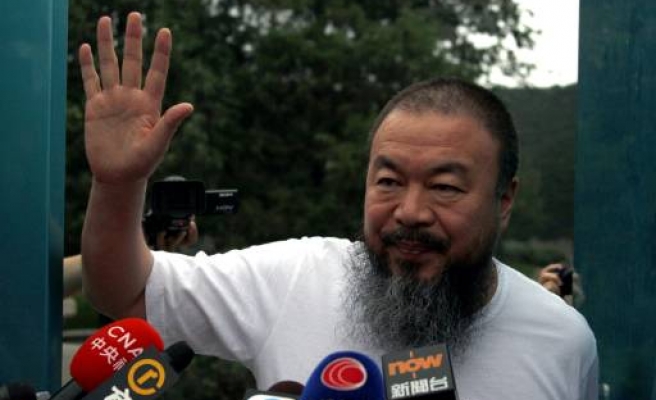 German supporters of Ai Weiwei, one of China's most famous political dissidents, urged Berlin on Wednesday to demand the return of the artist's passport before an exhibition of politically-charged works in Germany's capital.

The exhibition, scheduled to open in Berlin's Martin-Gropius-Bau on April 3, falls exactly three years after Ai's arrest and detention by Chinese authorities in 2011.

The Chinese government retained Ai's passport after his release but has not brought any charges against him, said Berlin-based lawyer Peter Raue, who visited Ai in Beijing last month.

"We firmly insist that our government make this an issue," said Klaus Staeck, president of the Academy of Arts Berlin, adding he hoped that academy member Ai would be able to attend the annual assembly on May 8-10 in Berlin.

Ai has long attracted international attention for criticising the Chinese government's record on democracy, free speech and human rights. Activists saw his 2011 detention, on charges of economic crimes, as an attempt to muzzle him.

Sporting a short beard in a video message recorded for the event, Ai said he asked the Beijing public security bureau to return his passport, using exhibitions and teaching engagements in Germany as justification.

"If they can't, I really want them to give me a clear reason," Ai said in the video.