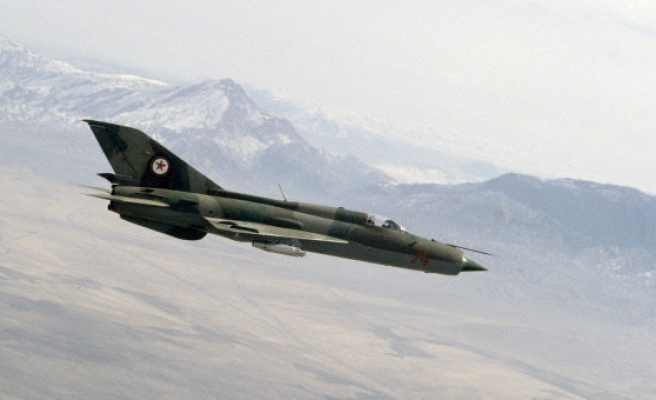 Air strikes have destroyed a radio station run by ISIL extremists in eastern Afghanistan, officials said Wednesday, two months after the group took to the airwaves in a sign of their growing reach.

The Pashto-language "Voice of the Caliphate" beamed ISIL propaganda in irregular nightly broadcasts from an undisclosed location in Nangarhar province bordering Pakistan.

The Afghan defence ministry said the programme was broadcast from a moving vehicle and air strikes on Monday destroyed the transmission equipment hidden in the basement of a house in volatile Achin district.

"The radio programme has not been heard since Tuesday," Achin district governor Haji Ghalib told AFP.

"It was very demoralising for our troops and it is welcome news that it has been destroyed."

The group, which controls territory across Syria and Iraq, has made alarming inroads in Nangarhar, as the country grapples with a resurgent Taliban insurgency.

In recent months Afghan forces backed by U.S. drones launched a scorched earth offensive to beat back ISIL in Nangarhar, where the group's rein of terror has displaced thousands of people.

The defence ministry said Monday's strikes were carried out by the Afghan air force with the support of NATO troops.

But some media reports said U.S. forces conducted the strikes.

The NATO mission in Afghanistan said two American "counter-terrorism strikes" were carried out late Monday in Achin, without elaborating.

"It was psychological warfare," he said.

President Ashraf Ghani recently vowed to "bury" the ISIL group's affiliate in Afghanistan, while voicing alarm over their growing reach.

The extremists have managed to attract disaffected Taliban fighters increasingly lured by the group's signature brutality.

The White House last month gave the U.S. military legal authority to target the group's fighters in Afghanistan, the first such authorisation for military action against the group outside Iraq and Syria

The U.S. State Department has formally designated the group's affiliate in Afghanistan and Pakistan -- which calls itself "Khorasan Province" -- as a terrorist organisation.

The name Khorasan refers to a historic region which includes parts of modern-day Afghanistan, Pakistan and neighbouring countries.