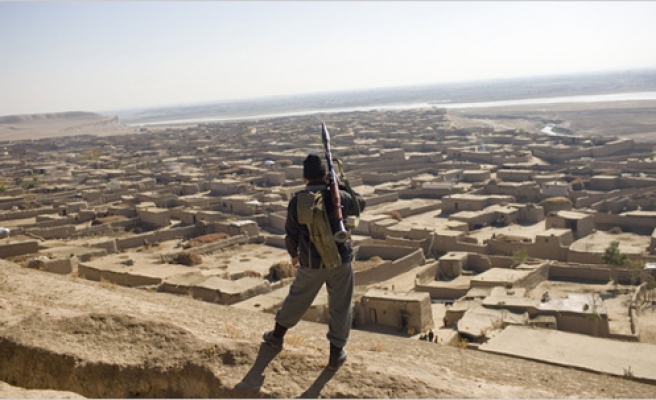 All international aid organisations have left the embattled Afghan city of Kunduz following a US air strike on a hospital run by medical charity MSF and amid heavy fighting, the UN said Tuesday.

The humanitarian situation in the strategic northern city, briefly captured by the Taliban last month, is thought to be difficult but the extent of what is needed remains unclear because of problems getting access, the UN humanitarian agency said.

A US air strike hit MSF's Kunduz hospital on Saturday, killing 22 people and sparking international outrage, with the charity branding the incident a war crime.

The top US commander in Afghanistan on Monday said Afghan forces called in the strike, which came days after the Taliban overran Kunduz in their most spectacular victory in 14 years.

MSF has closed its trauma centre seen as a lifeline in the war-battered region after the incident, while UN Secretary General Ban Ki-moon has called for a "thorough and impartial investigation".

Laerke pointed out that the MSF hospital had been "the only facility of its kind in the entire northeastern region of the country, serving some 300,000 people in Kunduz alone."

Now, he said, "the international aid agencies have been forced out of the city for the time being, so there is essentially no proper healthcare, no proper trauma care for those left inside the city."

In addition, he said water and electricity reportedly remained cut off across much of the city, and most food markets remained closed.

"Thousands of people have fled Kunduz, and an estimated 8,500 families have been displaced in the northeast as a result of the fighting," he said, adding that aid agencies were scrambling to gain access to the area so they could assess and address the needs.

"Preliminary needs are expected to include food, emergency shelter, water and emergency health services, ... and family tracing and reunification after the increased displacement," Laerke said.

Some of the organisations that had been present in Kunduz earlier, including the World Food Programme, had stocks of aid items in the region and were providing aid "sporadically to where access allows," he said.