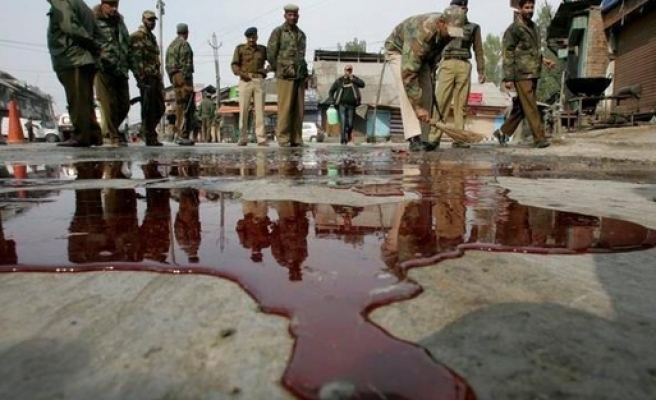 A 16-hour gunfight between Indian occupation forces and Pakistani fighters in Indian-held Kashmir has resulted in the deaths of three people.

Police identified the dead as belonging to Pakistani group Jaish-e-Muhammad.

Gunfire erupted in the Rajpora area of Pulwama district when police, army and paramilitary forces raided a house in the village of Hanjan-Rajpora, around 40km south of Srinagar, on Monday night.

A police spokesman said: “Our forces killed three local militants in a night-long gunfight in Hanjan-Rajpora. We had specific information about the presence of militants in the village. We acted on it and killed the militants.”

The house the militants had been using was destroyed by Indian shellfire.

Kashmir, a Muslim-majority Himalayan region, is divided between India and Pakistan and claimed by both.

Since 1989, Kashmiri fighters have been struggling against India for independence or unification with Pakistan.

More than 70,000 people have reportedly been killed in the conflict.