Ally of Nawaz Sharif may be new president

"When Nawaz Sharif was in exile after the coup, Hussain remained very loyal to him and really endeared himself to Nawaz," said a party insider involved in discussions to pick the presidential candidate. 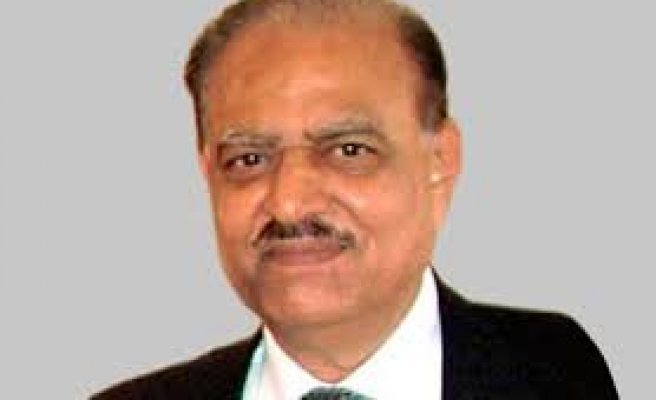 Mamnoon Hussain, a veteran Pakistani politician and Prime Minister Nawaz Sharif's trusted ally, is expected to win next week's presidential election after being nominated by the ruling party as a candidate in the largely ceremonial vote.

Ousted in a bloodless military coup in 1999, Sharif swept back into power in a May 11 general election that marked the first transition between civilian governments in a country ruled by the military for more than half of its turbulent history.

Traditionally presidents have been figureheads in Pakistan although incumbent President Asif Ali Zardari, whose term expires in September, wielded considerable influence under the previous administration.

Hussain, an active member of Sharif's Pakistan Muslim League-Nawaz (PML-N) party since the 1960s, is seen as the front-runner to replace Zardari in the July 30 vote.

"The president is meant to be nonpartisan, the whole country's president," Hussain told reporters outside the Islamabad High Court where he submitted his nomination papers on Wednesday. "God willing, I will be every Pakistani's president."

Presidents in Pakistan are elected by an electoral college made up of members of the two houses of parliament and members of assemblies in Pakistan's four provinces - Punjab, Sindh, Khyber Pakhtunkhwa and Baluchistan.

Zardari is not standing for president again.

Opposition parties hold more seats than the ruling party and its allies in the provinces of Sindh and Khyber Pakhtunkhwa, but their numbers are not large enough to create a hurdle in the way of Hussain entering the president's house.

Hussain was governor of the Sindh from June to October 1999 when Sharif's government was overthrown in a bloodless coup led by General Pervez Musharraf.

He has been loyal to Sharif for decades.

"When Nawaz Sharif was in exile after the coup, Hussain remained very loyal to him and really endeared himself to Nawaz," said a party insider involved in discussions to pick the presidential candidate.

"But more importantly, the prime minister wanted a president from a smaller province, preferably Sindh, to counter propaganda that he has only accommodated politicians from his home province."