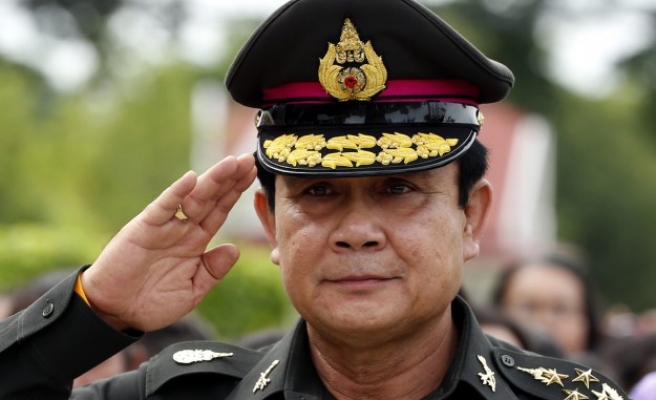 Amnesty International has called on Thailand to investigate torture claims following allegations of police mistreatment of two Myanmar suspects arrested over the murders of British tourists.

The intervention came as the two suspects were due in court Wednesday to face charges of murder and rape.

The human rights group highlighted claims of beatings and threats of electrocution as well as the televised reenactment of the murders, which Amnesty said Tuesday undermined the presumption of innocence.

Richard Bennett, Amnesty’s Asia-Pacific program director, said: “The Thai authorities must initiate an independent, effective and transparent investigation into mounting allegations of torture and other ill-treatment by police.

“The pressure to be seen to be solving an appalling crime that has garnered considerable attention should not result in the violation of rights, including to a fair trial.”

He called for confessions extracted under coercion to be excluded from court “which is of particular importance in a crime that could carry a death sentence.”

The bodies of British tourists Hannah Witheridge, 23, and David Miller, 24, were found on a beach of the southern island of Koh Tao in Surat Thani province September 15.

Police detained three Myanmar migrant workers two weeks after the killings as international pressure mounted for the case to be solved. Two were charged with the murders while the other is being treated as a witness.

Lawyer Aung Myo Thant, who represents the suspects and spoke to them in custody on the nearby island of Koh Samui, told the Democratic Voice of Burma news website the men’s confessions had been extracted under torture.

Naming them as Zaw Lin and Win Zaw Htun, both 21, from the Arakanese town of Kyaukphyu, Thant said: “From what we have learned, there are inconsistencies with both the forensic report and evidence provided in the case.

“The defendants kept repeating that they were very drunk that night. Based on what we have been told, it seems to us like this case is a set-up and not based on hard facts.”

Amnesty alleged further torture and mistreatment of Myanmar migrant workers arrested in connection with the case. According to reports, police officers poured boiling water over some suspects while others were beaten and threatened.

In the face of the torture allegations, Thai Foreign Minister Tanasak Patimapragorn was quoted in the Bangkok Post as saying both the British and Myanmar embassies "have no problems" with the Thai police's handling of the case.

His remarks followed a press conference Tuesday in which the Thai police insisted on the legitimacy of their investigation.

National police chief Somyot Pumpanmuang was quoted by the Post as saying that “all the officials involved in this case have done a good job.”

He highlighted five pieces of evidence pointing to the suspects’ guilt: the account of the Myanmar witness; DNA matches between the suspects and samples from Witheridge’s body; closed-circuit TV images; the discovery of Miller’s mobile phone in the suspects’ living quarters; and the suspects’ confessions.

Thai prosecutors have decided to set up a committee to examine the case following the charges against the two suspects of murder, rape, assault and theft, the Post reported.

Tourist murders are rare in Thailand but usually generate international media attention. To safeguard travellers, the Thai junta launched women-and children-only train carriages after a 13-year-old girl was raped and killed on an overnight train in July.

In May, the UN Committee against Torture expressed serious concern about allegations of widespread torture and ill-treatment of detainees by Thailand’s military, police and prison officials.