A leading human rights body condemned the Indian authorities over detention of two Kashmiri lawyers, according to a Kashmiri news report said. 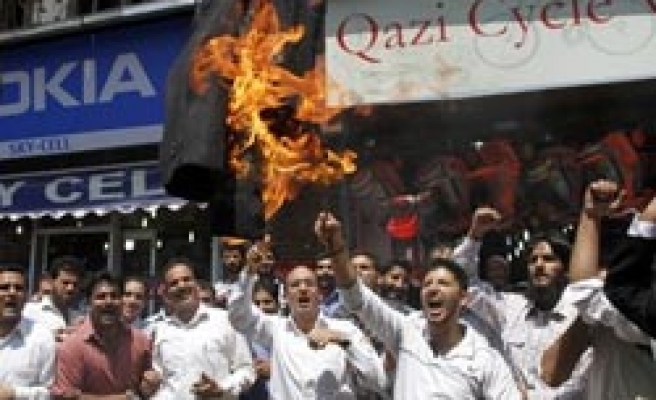 A leading human rights body condemned the Indian authorities over detention of two leading Kashmiri lawyers and asked an immediate release of them, according to a Kashmiri news report said.

Amnesty International has condemned the arrest of Mian Abdul Qayoom, the president of the Kashmir Bar Association, and Ghulam Nabi Shaheen, the President and Secretary of the High Court Bar Association of Kashmir as an attempt to "stifle legitimate and peaceful protest" in the restive region.

The lawyers arrested respectively on unspecified charges of encouraging pro-freedom activity against India.

They were booked under a Public Safety Act that allows for detention of up to two years without charge or trial on the presumption that so-called future acts harmful to the state may be committed.

“Children at risk of arrest”

Meanwhile, in New York, Human Rights Watch has said that hundreds of children were at risk of arbitrary arrests in occupied Kashmir.

Killing of two Kashmiri boys by Indian troops during the pro-independent protests sparked a new vawe of anti-India demonstrations on June 11.

Meenakshi Ganguly, South Asia Director, was quoted as saying that the authorities in Kashmir needed to comply with international law and give special attention to the requirements of the children.

Indian troops killed two more Kashmiri youth and an unnidentified gunmen tortured to death a civilian after abducting him from his house in another district.

In June, 33 Kashmiri men were killed, including 4 children, according to Kashmir Media Service.