Amnesty researcher says humanitarian aid should be allowed in Arakan

Amnesty International's Myanmar Researcher Benjamin Zawacki that the government should be compelled to allow aid and access to the region. 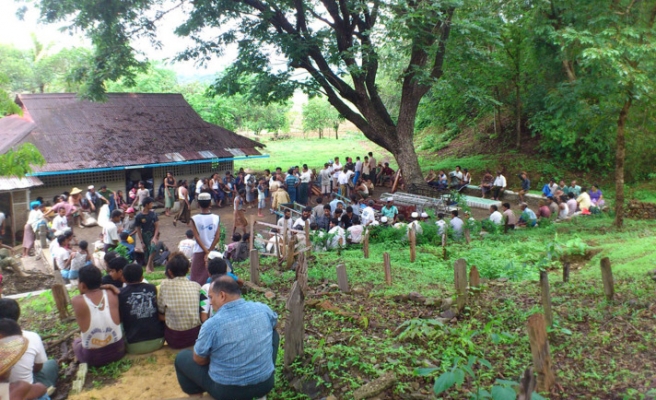 A researcher for a leading global human rights NGO has said humanitarian aid organizations should be allowed in Myanmar's western Arakan state where attacks targeting Rohingya Muslims have recently escalated.

"Sectarian violence (in Arakan) has continued, potentially with the complicity of the security forces, because they have not made sufficient or adequate efforts to stop it and they themselves have perpetrated human rights violations against the ethnic minority of Rohingya population," said Amnesty International's Myanmar Researcher Benjamin Zawacki, in an interview with Anadolu Agency.

Listing the urgent steps to solve the ongoing crisis in Arakan, Zawacki said, "The government should be compelled to allow aid and access to the region. At the same time, attacks being perpetrated by the authorities of the state of Myanmar need to stop".

SYSTEMATIC RACISM AND DISCRIMINATION AGAINST MUSLIMS

Zawacki said a large percentage of the security forces in Arakan were of Buddhist origin. Rohingya Muslims living in the state had been suffering a "systematic racism and systematic discrimination" for decades, he added.

The researcher said the situation in the region had been particularly intense for the past week and there were daily reports of attacks targeting Rohingyas.

"Rohingyas are a minority both ethnically and also religiously. So one assumes that some of the persecution they have suffered over the years and they are suffering now is on account of their religion and as well as their ethnicity," he said.

Zawacki noted that Amnesty International would not endorse the term "ethnic cleansing" at this time to describe the situation in Arakan, however, it could certainly be said that the attacks were targeted, discriminatory in their nature and they were resulting in an increase in the number of political prisoners.

Commenting on the number of casualties and displacements, the researcher said it was difficult to verify such information as Myanmar authorities had been preventing the access of humanitarian actors into the region. "So, it's very difficult to assess the number of displaced and homeless," he said.

Pointing to the low nutrition rates and harsh living conditions for women and children, Zawacki said the real job was to re-impose some sort of law in security and allow humanitarian access.

"Whether aid is completely blocked or effectively blocked, the point is that tens of thousands of people are in need of humanitarian assistance," he underscored.

INTERNATIONAL COMMUNITY'S RESPONSE TO THE CRISIS

Regarding several Western states' lifting or easing sanctions on Myanmar in the recent term due to the progress in the country's democratization process, Zawacki said sanctions could be lifted, but authorities could be urged to cease violations at the same time.

He said "the international community clearly failed to step up and take concerted action in this crisis".