Anger as Indian court tries to ban beef in Kashmir 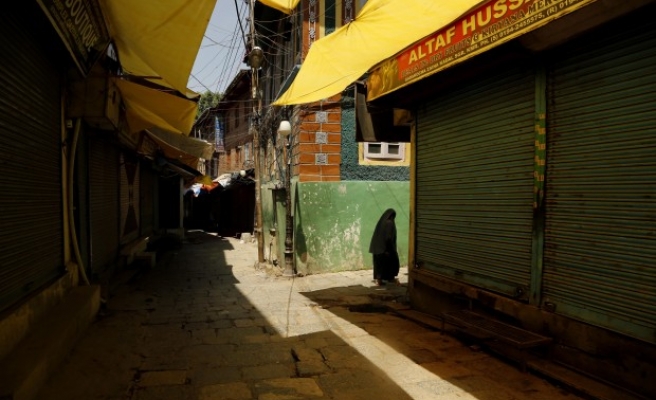 Muslim leaders in India-occupied Kashmir have been angered by an Indian court's orders to enforce a strict ban on the sale of beef in the Muslim-majority region.

The Indian High Court asked police on Wednesday to enforce the rules in response to a petition on cow slaughter.

The disputed Himalayan region's pro-independence leadership condemned the order and called protests for Friday and a shutdown Saturday.

“It is interference into the matters of Muslims. This is a politically-motivated decision taken on the behest of Hindu nationalist party BJP (Bharatiya Janata Party),” Kashmiri Independence leader and Hurriyat Chairman Syed Ali Shah Geelani said. “The decision aims to create communal violence in the state.”

Another pro-independence leader, Nayeem Khan, also responded by saying “nobody on earth can tell Muslims what they should eat.”

“The high court should respect the sentiments of the people. Muslims can’t accept these types of directions,” he said.

The ban on beef in the region has come at a time when several Indian states have controversially ordered a three-day ban on the sale of meat during a Jain religious festival.

The move has been seen by many as motivated by the Hindu nationalist ideology of India's ruling Bharatiya Janata Party, with many complaining that it serves Hindus that keep vegetarian diets but not the country's minorities, including large Muslim population who eat meat.

Many Muslims also slaughter cows as part of a traditional sacrifice for the Islamic festival Eid-ul-Adha, which will be celebrated in late September.

Since 1989, Kashmiri resistance groups in India-occupied Kashmir have been fighting against Indian rule for independence or for unification with neighboring Pakistan.

More than 70,000 Kashmiris have been killed so far in the violence, most of them by Indian forces. India maintains over half a million soldiers in the Indian-held Kashmir. A part of Kashmir is also held by China.