The power crisis and heatwave, which some activists say has caused dozens of deaths, is one of the first major challenges for Prime Minister Narendra Modi 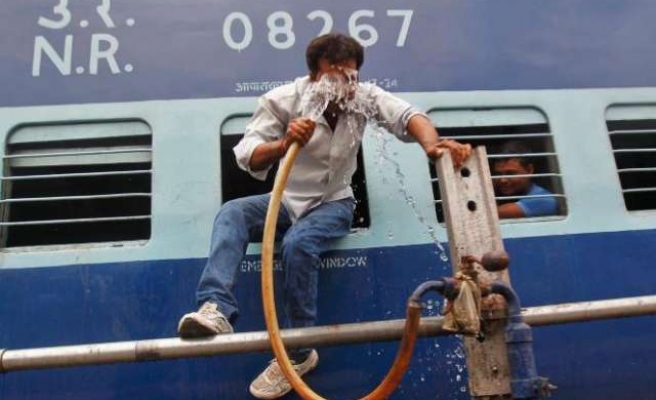 Swathes of north India are sweltering under the longest heatwave on record, triggering widespread breakdowns in the supply of electricity and increasingly angry protests over the government's failure to provide people with basic services.

The power crisis and heatwave, which some activists say has caused dozens of deaths, is one of the first major challenges for Prime Minister Narendra Modi, who was elected three weeks ago partly on promises to provide reliable electricity supplies.

In Delhi, where temperatures have hit 45 Celsius (113 Fahrenheit) for six days straight, residents marched through the streets in protests organised by opposition parties on Thursday. In the north of the city, people enraged by night-long outages clashed with police and torched a bus, media reported.

Delhi is suffering staggered cuts as power companies ration spikes in demand as people crank up air coolers to fight the heat. Modi has inherited the shortages from his predecessors, and power distribution is partially the responsibility of state governments.

Residents staged sit-in protests outside electricity substations in the state of Uttar Pradesh late on Wednesday, days after protesters had set substations on fire and taken power officials hostage after weeks of daily blackouts.

"God alone can provide any relief from the prevailing power crisis," said A.P. Misra, director of Uttar Pradesh Power Corporation. Having drawn on all available supplies, Misra said power would only return once rain arrived and demand fell.

The protests and collapse in the power supply underline how ill-equipped much of India remains to sudden surges in temperature, which many worry are happening more frequently because of changes in the climate and rapid urbanisation.

For L.D. Chopra, a 76-year old asthmatic in Delhi, the power cuts almost mean the difference between life and death.

Chopra was taken to hospital on May 31 after falling unconscious when a machine he depends on for oxygen support switched off in the outages, he told Reuters.

Like Chopra's home in the east of the city, much of Delhi has been without power for 10 hours per day in the last week, after a jump in demand and damage from a thunderstorm overwhelmed the grid, causing blackouts.

Seventy-nine unidentified bodies were discovered in Delhi in the last four days, said the Centre of Holistic Development, a group working to end homelessness. Founder Sunil Kumar Aledia attributed the high number of deaths to the extreme weather.

India has long-suffered deadly heatwaves. Periods of extreme temperatures have led to thousands of deaths since the 1990s, largely in rural areas where basic infrastructure is poor.

R.K. Jenamani, director of the meteorological office in Delhi, said his research did not point to any long-term trend of rising temperatures.

But a combination of urbanisation, extensive use of concrete and more cars did appear to be changing microclimates within and near cities, exacerbating the impact of heatwaves, he said.

Temperatures were rising faster earlier in the day and staying higher for longer in congested built-up areas, he said.

The World Bank warned in a report last year that parts of India were rapidly becoming "heat-islands", and that urban planners needed to act to counteract the dangers.

"We are witnessing more serious and more extreme events," said Anumita Roychowdhury at India's Centre for Science and Environment (CSE), warning about the impact on public health.

The heatwave has led to a jump in deadly ozone pollution in Delhi to levels that exceed government limits, the CSE said, with levels rising up to 315 percent in the city since June 1.

"We need to watch and assess this trend very carefully in this climate-challenged world," said Roychowdhury.