The plane, operated by state-run Pakistan International Airlines (PIA), eventually took off from the port city of Karachi for Islamabad without Malik on board. 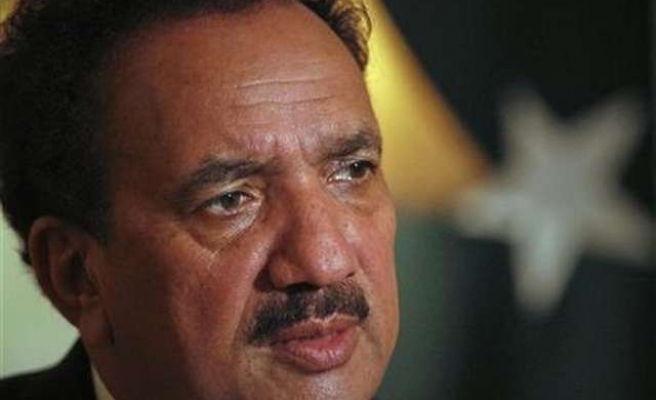 Fed up with constant delays and flight cancellations, disgruntled Pakistani passengers prevented a senior politician from boarding an airplane after he turned up at least two hours late for the flight.

A video posted online on Tuesday shows a group of passengers shouting "Shame on you" as they blocked Rehman Malik, an influential former interior minister, from entering the plane and then chasing him back to the terminal building.

The plane, operated by state-run Pakistan International Airlines (PIA), eventually took off from the port city of Karachi for Islamabad without Malik on board.

An airline spokesman could not immediately be reached for comment.

Another politician, Ramesh Kumar Wakwani, was also barred from boarding the aircraft after turning up late.

Malik defended himself, saying he was not responsible for the delay.

"(W)ho shd be blamed for this delay? PIA or me? Obviously PIA," he wrote on his Twitter page.

The state airline, plagued by financial losses and often criticised for its inefficiency, is known for delaying flights to accommodate the schedules of important politicians, sometimes making ordinary passengers wait for hours to take off.