Another Taliban millitant sentenced to death

An Anti-Terrorism Court (ATC) sentenced to death two Tehreek-i-Taliban Pakistan (TTP) men, Moavia and Abdullah, for the deadly attack on an Ahmadi place of worship in 2010 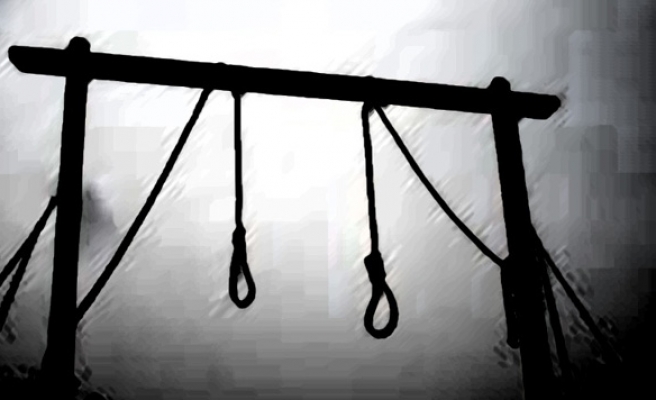 An Anti-Terrorism Court (ATC) on Saturday sentenced to death two Tehreek-i-Taliban Pakistan (TTP) men, Moavia and Abdullah, for the deadly attack on an Ahmadi place of worship in 2010.

Today, as Dawn reported, the ATC sentenced Abdullah was sentenced to death on nine counts, whereas Moavia was given the death penalty on seven counts. Both are also handed a fine of Rs3.3 million.

The ATC hearing took place at Kot Lakhpat Jail where the convicts were held. The single-bench court has also sentenced the accused to serve jail-time of seven years.

The total executed is 17 since the government ended a moratorium on the death penalty since the Taliban killed more than 100 children at a school in the city of Peshawar on December 16.

According to government figures; more than 8,000 convicts are awaiting execution in Pakistani jails.

Pakistan had imposed an unofficial ban on capital punishment in 2008 in exchanged for trade and export benefits from the European Union.