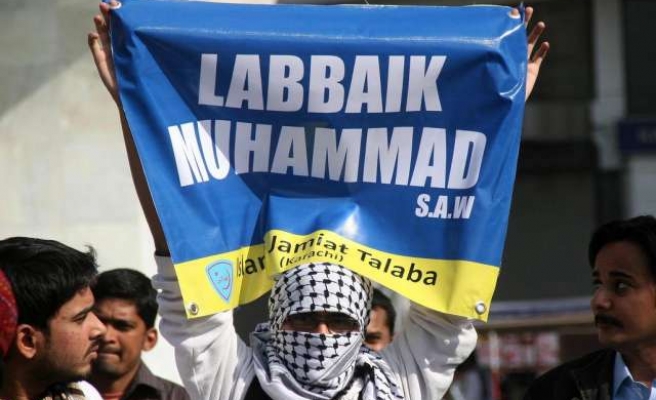 Around 5,000 people rallied against French magazine Charlie Hebdo in Pakistan's eastern city of Lahore on Sunday, and the founder of a group banned for militant links urged protesters to boycott French products.

Hafiz Saeed, who founded Lashkar-e-Taiba, an organisation banned for launching attacks in neighbouring India, told protesters: "We will launch a movement against the insulting caricatures of our beloved prophet."

French satirical magazine Charlie Hebdo published a picture of the Prophet Muhammad on its cover last week after two gunmen stormed its offices and killed 12 people.

Saeed urged traders to stop importing French products and for Pakistani leaders to try to get an international law against blasphemy passed.

On Friday, protesters trying to storm the French consulate in the southern city of Karachi shot and injured a photographer working for French news agency AFP.

Saeed called for more rallies next Friday. He says he has no links to militancy these days and only runs a charity, which is banned by the U.S. government for suspected militant links. The U.S. government has offered $10 million for information leading to Saeed's conviction.