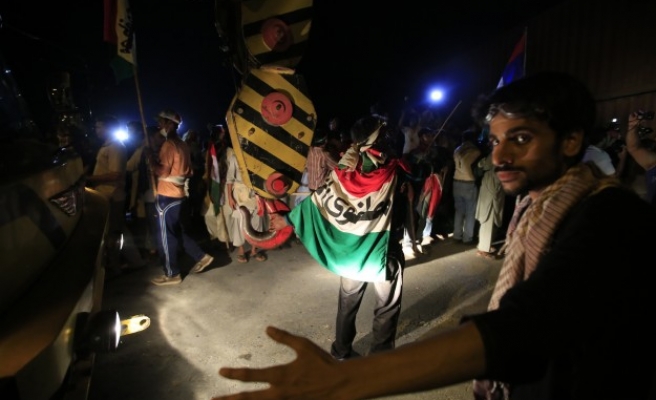 Pakistan's anti-government protesters attacked the country's largest private TV channel in the country’s capital, Islamabad, because of what they consider to be unfavorable coverage of their movement.

Ansar Naqv, a Geo TV employee, told Anadolu Agency that this was the second attack on the channel in the last two weeks.

Last week, protesters manhandled at least five of the channel's reporters, including a woman who was covering the demonstrators’ sit-ins outside the country's parliament.

Both Khan's and Qadri's followers blame Geo Tv for negative coverage of their joint movement.

Khan and Qadri, who led separate marches on August 14, and the next day teamed up in the capital, demand the resignation of Prime Minister Nawaz Sharif for alleged electoral fraud in last year's general elections.