"We have not occupied the parliament. We were forced to take refuge inside the parliament because of police torture and firing," protest leader Tahirul Qadri said. 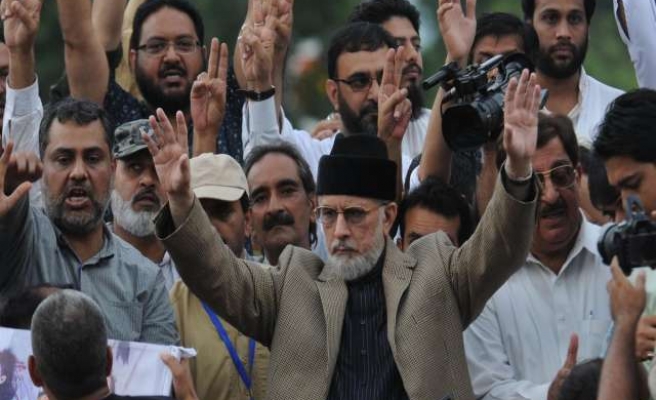 Anti-government preacher Dr Tahir ul Qadri, whose hundreds of supporters have been occupying a portion of Pakistan’s parliament for last five days, are due to vacate the building by Thursday.

"We have not occupied the parliament. We were forced to take refuge inside the parliament because of police torture and firing," Qadri said.

He along with thousands of his stick-wielding supporters have been sitting in the capital for over three weeks to bring about a 'revolution,' which he told his supporters was the resignation of Minister Nawaz Sharif, the dissolution of the parliament and the election commission, and the formation of a national government.

"They (his supporters) will vacate the parliament house tomorrow (Thursday)," he said.

Hundreds of Qadri’s Pakistan Awami Tehrik supporters equipped with nail-fitted sticks, stones, cutters and hammers attacked the police Saturday evening, and barged into the parliament after breaking the entrance gate.

Though, there was no on-record reason cited by Qadri, many see the development as result of the mediation by a seven-member parliamentary committee that managed to restore the halted negotiation process between the two sides earlier Wednesday.

Qadri had set off his march on Islamabad and later teamed up with former cricketer Imran Khan’s Pakistan Tehrik-e-Insaf on August 14 to press Sharif to step down. Sharif has already refused to entertain the demand, claiming he enjoys the entire parliament’s support.

Three protesters have been killed and over 500 injured, including 100 policemen in fierce clashes between the two sides in last three days.