According to US chipmaker Qualcomm, which requested the ban, the Fuzhou Intermediate People's Court ordered four Apple subsidiaries to stop selling older models of the iPhone, including the 7, 7 Plus, 8, and 8 Plus. 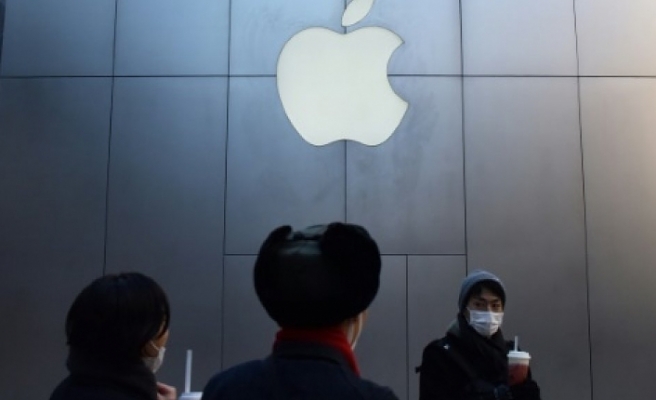 Apple stores in China continued with business as usual Tuesday despite a court-ordered ban on iPhone sales, but the US tech giant faces a growing nationalist backlash over the US-sought arrest of a Huawei executive.

But Apple stores contacted by AFP in Beijing, Shanghai and Fuzhou said they were still selling those older models -- confirming a company statement that all remain available.

Sales staff at a Beijing Apple store said they had not yet received any internal notices about the court injunction on iPhone sales.

"If the ban is ultimately imposed, there will be no Apple products under 6,500 yuan ($940) in China," noted Wang Xi, a senior market analyst at research firm IDC.

That would give Chinese smartphone brands, such as Huawei, "more opportunities in the high-end market", he told AFP.

Qualcomm's request to halt iPhone sales is part of a long-running patent dispute with Apple.

Separately, Apple is also the target of nationalist sentiment over the arrest of Huawei's chief financial officer in Canada at the behest of the United States on alleged Iran sanctions violations.

The Chinese government has condemned the arrest and demanded her release.