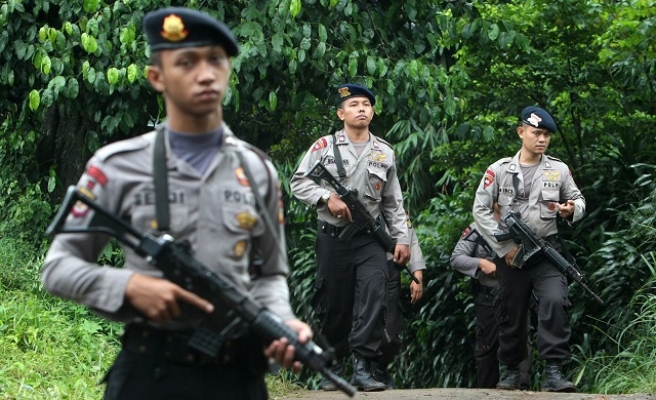 Indonesian police said Wednesday that one of its officers had been killed and another wounded by gunfire from an armed militant group near Freeport-McMoRan Inc's giant Grasberg copper mine in Tembagapura district, Papua province.

National Police spokesman Brig. Gen. Rikwanto said the two officers were shot while patrolling an area where a Freeport vehicle was targeted in a shooting Tuesday in which an employee was wounded.

"Around 03.50 a.m., there was a shooting where Brigadier Firman was injured in the back and died," Rikwanto said in a press statement.

Another police officer, Brigadier Yongky Rumte, was injured in his back and was being treated in hospital.

Tension in the mineral-rich region recently heated up after a group of armed militants engaged in a gun battle with police in late October, leaving one police officer dead and six others injured.

Hundreds of security personnel have gathered in Mimika since Monday for a counter-terror operation against the militants.

Papua has been home to a low-level insurgency ever since the former Dutch colony was transferred to Indonesian rule in 1963.

Despite being rich in natural resources, the province is among the most impoverished. It has witnessed political arrests and alleged human rights abuses by security forces over the last few decades.